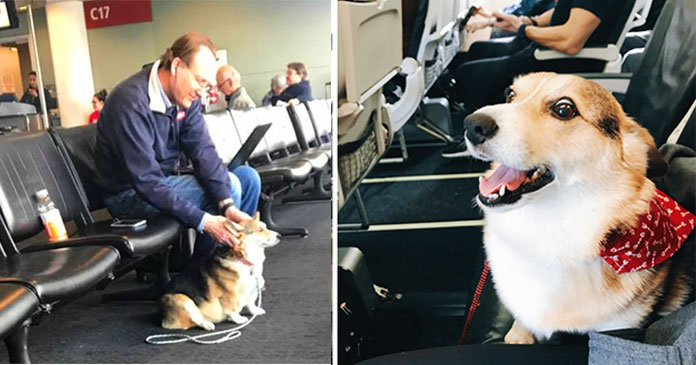 Dogs are awesome creatures. They are loyal companions and give us support. They bring us comfort whenever we are lonely and distressed.

The story here is of the dog named Cora which is an 8-year-old corgi. The dog was adopted by Madison Palm a few years ago. It was a special dog that could sense if someone needs comforting. One day palm and the dog were on their way to Alaska when she came to know how gifted the pup was.

As they were sitting at the airport, Palm noticed Cora getting close to a stranger sitting alone. At first, Palm was worried that Cora might disturb the man. But soon she came to know that the dog realized the sadness of the man and he wanted to comfort him.

Palm even asked the man if the dog was bothering him but the man declined and even told him that he lost his dog the previous night and that’s why he was sad. 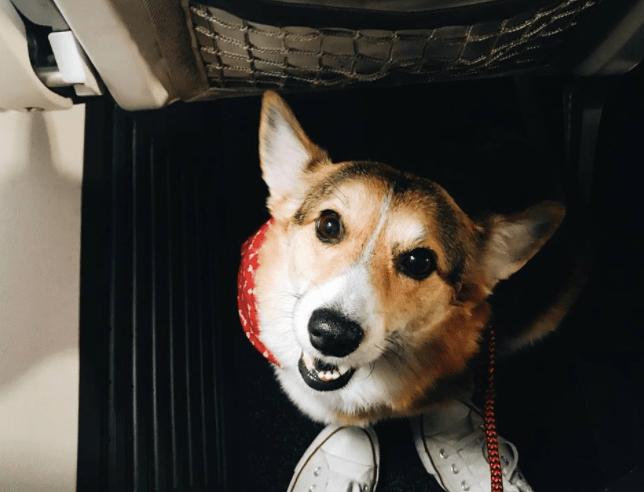 Cora sat near the man and something wonderful happened that brought a smile to the face of the man. The man forgot all about his sadness and he even clicked the photo of the dog on his mobile. For the photo, the dog sat like an obedient dog and the man clicked his photo.

According to Palm, the dog had a gift. She knew who was hurting and who needed her. She felt that she was lucky to have the dog. Cora is really a sweet dog and she had the heart to love everyone. Dogs like Cora deserve all the happiness of life.