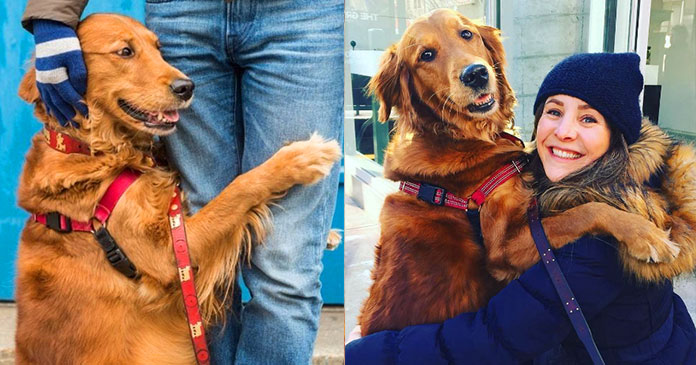 Golden Retrievers in general are referred to as kind and gentle. They are quite friendly and that’s why they make good family pets.  They are equally amiable with both strangers and those who know them.

Here is the touching story of Golden Retriever Louboutin who likes to give great hugs to everyone whom she sees on her daily walk. The sweet dog is trying to spread as much happiness as she could with her warm hugs. This story is going to brighten up your day. 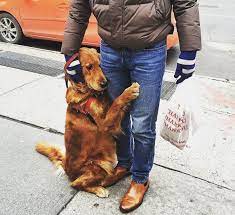 Loubie tries to turn the normal walk into an exciting one whenever she goes for a walk with her parent Cesar Fernandez Chavez. She likes to greet strangers and when the strangers stop to pat her she likes to hug them by her front legs.

At first, she used to hold the hands, then she would give the hug. She began this tradition in 2014 around Valentine’s Day after his parent got out of a long-term relationship. 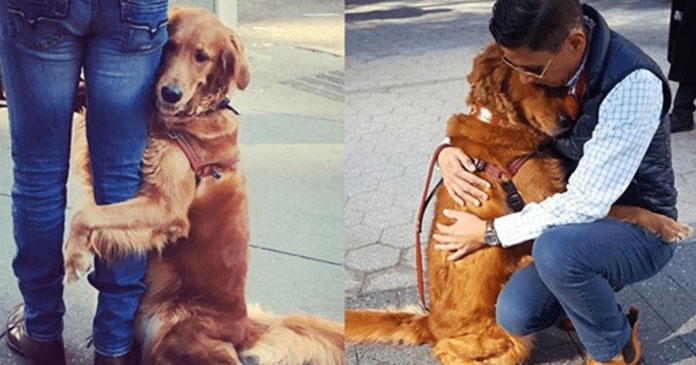 At that time she started grabbing his hands with his paws to show her love towards him as he was going through heartbreak.

This was never taught to Loubie by Fernandez Chavez and she did it all on her own. And then she started hugging everyone in order to show her affection to people and make them feel happier.

These hugs help people overcome their bad experiences. She clearly liked to make new friends and believe in spreading love.

As she found different ways to express her love, she became a social media star. It only shows how much she loves people and she is really an adorable pet.