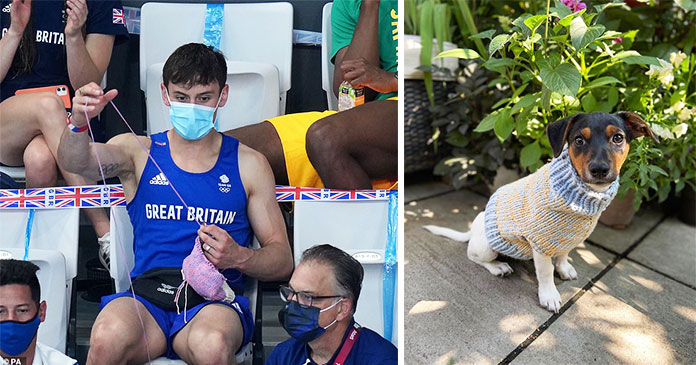 Sometimes winning a gold medal is not enough for you. Like diver Tom Daley who is British and recently won a gold medal for his glorious performance in synchronized diving. The British diver is hailed as a hero for another beautiful gesture in the stands at the 2021 Tokyo Olympics.

Tom Daley won the heart of everyone after he was caught on camera knitting in the stands. One BBC commentator said that there is Tom Daley and he got his knitting needles out. Later it turned out that he was making a sweater. 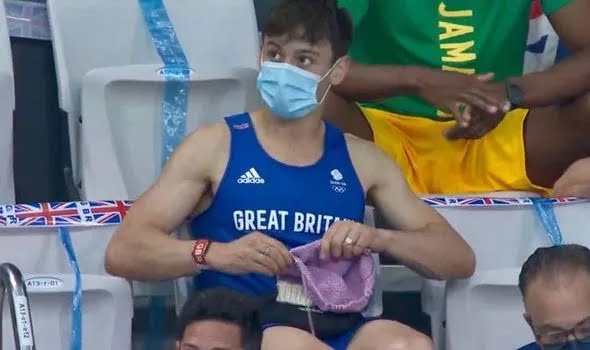 For whom he was making the sweater actually won the heart of everyone. It was revealed that he was making clothes for dogs and everyone was smitten by him.

Daley explained that crocheting is his new hobby and he started to practice it less than a year ago. Daley was making sweaters for the Instagram famous French Bulldog Izzy the Frenchie. He even said that his creation includes cozy sweaters, baby booties, stuffed animals, and cat couches. He sells these items to raise money for charity.

He said that he started it during Covid 19 Lockdown and it is the thing that made him calm, mindful and it relieve the stress. He said that he loved it. He further added that it was the one thing that kept him sane during the whole process. 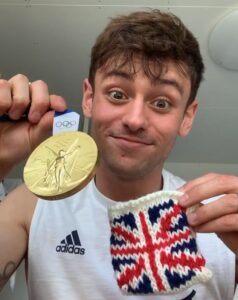 Daley has been married to Milk screenwriter Dustin Lance Black and after the win, he declared that he felt proud to say that he was a gay man and also an Olympic champion.

He celebrated his victory by knitting a special pouch for his long-awaited gold medal.

Tom Daley is doing great by knitting jumpers and sweaters for the dogs.