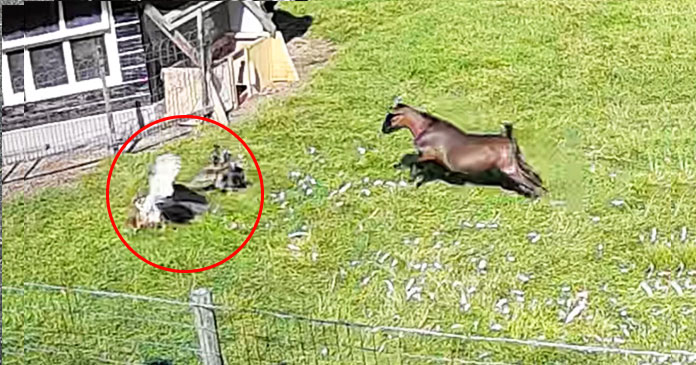 A friend in need is a friend indeed. That we know. We are ready to do anything for our friends. Not only human beings even animals help their friends.

In a very dramatic scene, a rooster and a goat got up together to her their chicken friend from the attack of hawk at a farm in the Netherlands. The scene was captured on camera.

All the people in the field were busy with their work when all of a sudden hawk came diving in from the sky. His only purpose was his dinner and his victim was a little chicken whose weather was flying all over the place. But the chicken continued to fight through it was useless. 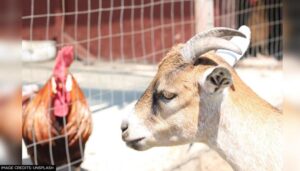 Suddenly a brave rooster came to the rescue of his chicken friend. Then after a couple of seconds, another friend- a goat also came to help the chicken from the bird’s sharp claws. They put up a fight and were able to fend off the hawk and saved the life of their friend.

Jaap Beets, the 59-year-old, owner of the farm was not present on the farm. He was inside the house at that time and he did not get any time to react. The scene lasted only 17 seconds. Afterward, he saw the video clipping and got to know what has happened. He was extremely proud of what his animals had done. 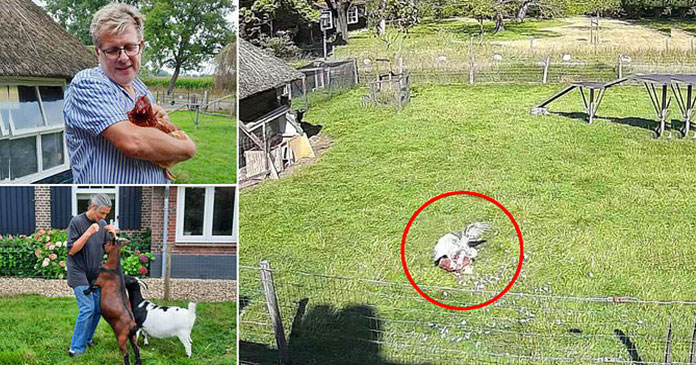 This is not the first time he said this thing happened on his farm. Last time turkey and another goat saved the life of a chicken. He said he was very proud of the rooster and the goat who came to help the chicken. Beets further added that he was very much relieved that the chicken survived.

He said he heard the screaming of animals but it was very late and he had to check the CCTV to know about the attacker. He said that it took only 17 seconds between the appearance and disappearance of the hawk.

It was only due to the joint efforts of the two fearless friends that the chicken was alive. The chicken only suffered minor wounds and after few days, it would be back to normal. Really it was a dramatic rescue. Everybody deserves friends like them.