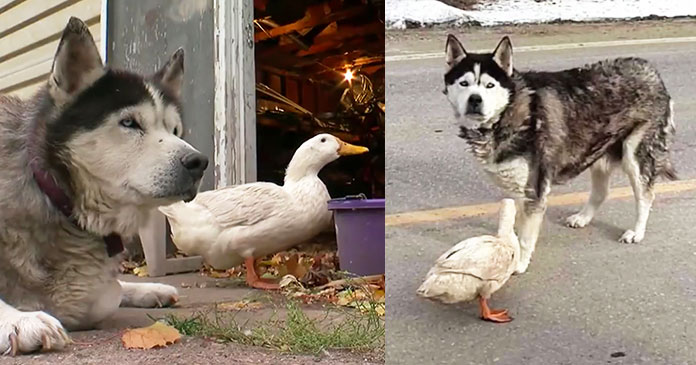 It is really heartwarming to see interspecies friendships. They are very special and aren’t just a battle for survival. This friendship which we are going to discuss here proves that fur and feathers can be friends. This is the story of a Husky named Max which was adopted by Patrick and Kirsten Riley of Strout from Minnesota. Max was 5 years old when he was adopted. 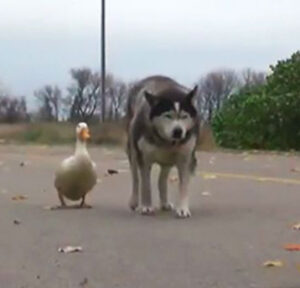 They even had another husky, Sasha and Max became very close to Sasha. But unfortunately, Sasha passed away, leaving a void in the life of Max. He was very lonely and his loneliness was filled by a duck. He became very close to Quackers when Patrick and Kirsten embrace it. 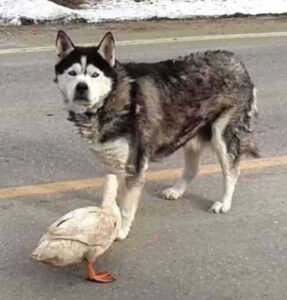 According to Patrick, Max would sit by his pen constantly and they bonded very well. They never left each other’s side. Kirsten said that they sleep together, eat together, drink together and go for walks together. They like to hang out together at Highway 28. Their bond is so special that people stop their vehicles to appreciate it. 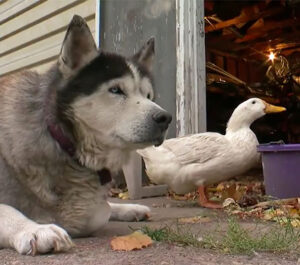 The town of Strout is very small with only 25 inhabitants so the match has become the talk of the town.  One of the neighbours said that when they are out, they make her day better. People stop to watch them. The  traffic gets blocked as people take lots of pictures with them. Everyone is surprised by their friendship. This type of friendships are treat for the eyes.