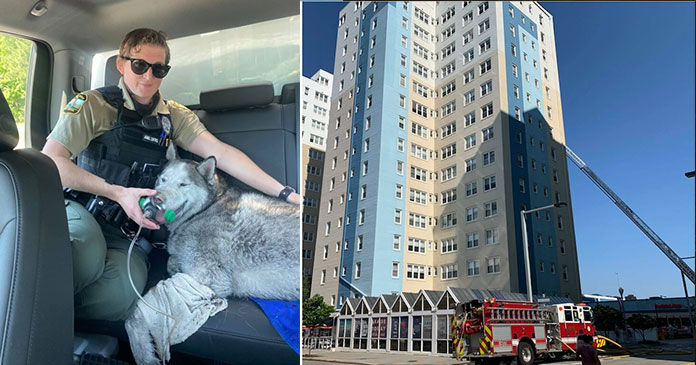 Firefighters are the brave heroes who do courageous acts on a regular basis and they save the people from danger. It is not only human beings they save, sometimes they even risk their lives to protect the animals.

One fireteam showed their devotion towards their work after they went an extra mile to save the life of a husky dog that was trapped in a burning tall building.

The incident goes like this, the Virginia Beach Fire Department got a call about a fire in a high-rise apartment building. They had to save the occupants of the building but the extra floors of the building made their work somewhat difficult.

When Brenon and firefighter, Joseph DePalma entered the building and found that it was filled with smoke. As they were searching the building, they came across a Siberian Husky dog which was lying unconscious on a 15th-floor apartment and his owners were not there. 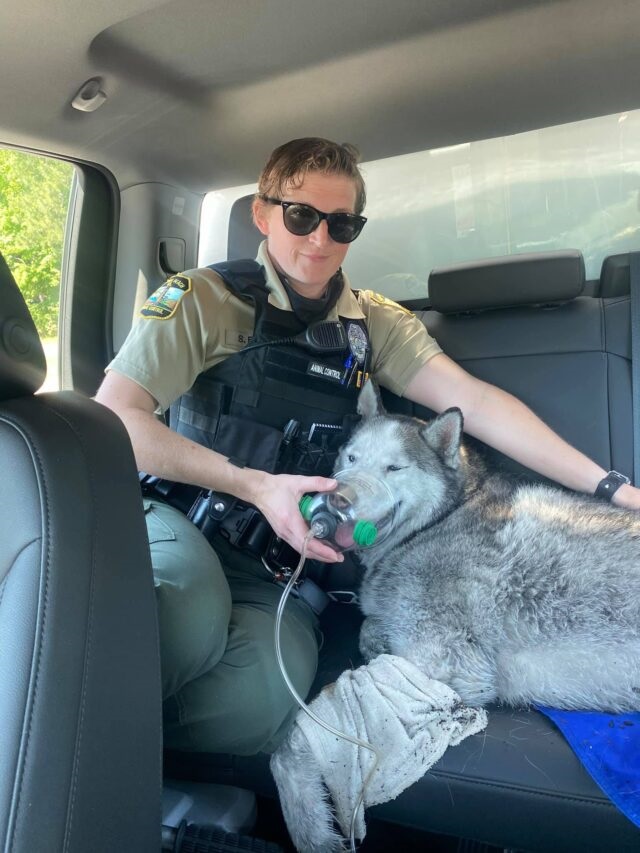 Luckily, the dog was alive but it was limping and not breathing. He was in desperate need of oxygen. So he was picked to carry him out of the building by the crew.

Carrying a big, 100-pound husky down from the 15th floor by the stairs was not an easy task. The dog was taken out safely and put in the care of Officer Fryer and Officer McQueen of Virginia Beach Animal control who have put oxygen with a mask. The dog suffered smoke inhalation but did not have any burns or injuries.

After receiving oxygen, Igor, the dog regained consciousness and became alert and responsive. His parents were informed and now things are turning out to be good for this lucky dog.

We are happy that the dog is saved. Thank you to the firefighters who saved his life.