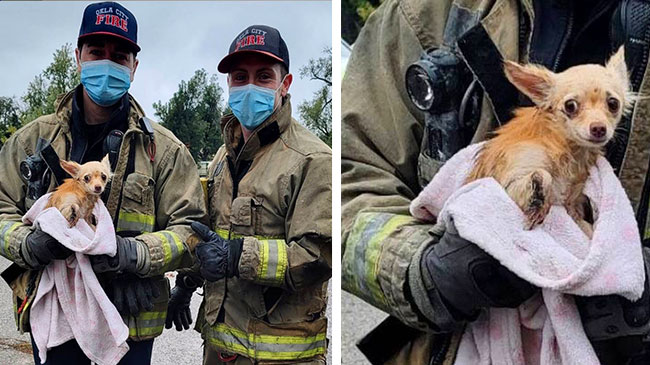 Not all superheroes wear capes. But they do have a compassionate heart. Same is the case with the firefighters who are everyday heroes. They look after everyone whether they are human or animals.

When a pet is in need of help, a rescue crew will rush to save it. Like this firefighter crew who came to the help of a scared lost dog who was caught in a storm drain.

A dog owner in Oklahoma City really had a sleepless night after the dog went missing. There was no knowledge about the whereabouts of the dog. 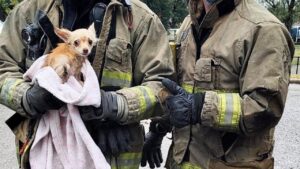 The dog was gone for many days and at last it was found stuck in a very tricky spot. The dog was caught in a storm drain.

It was not easy to get the dog out to safety but a special team came to its rescue. The special team consists of Oklahoma City Fire Department and OKC Animal Welfare.

The firefighters from Station 19A came and rescued the sweet little dog. They were able to save the dog. The fire department shared a photo of two firefighters holding the dog which was wrapped in a towel. The dog was unharmed though it looked scared and shaken. 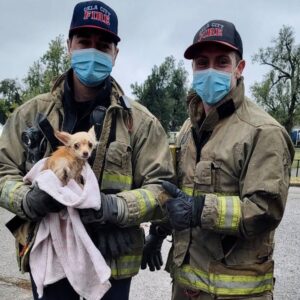 The department wrote on Facebook that the dog was removed from the storm drain and handed to the owner in good health.

For this good deed the firefighters were praised and even OKC Animal Welfare thanked them for their assistance in the rescue.

We are really glad that the tiny baby was saved on time. Oklahoma City Fire Department and OKC Animal Welfare are the heroes in this rescue.