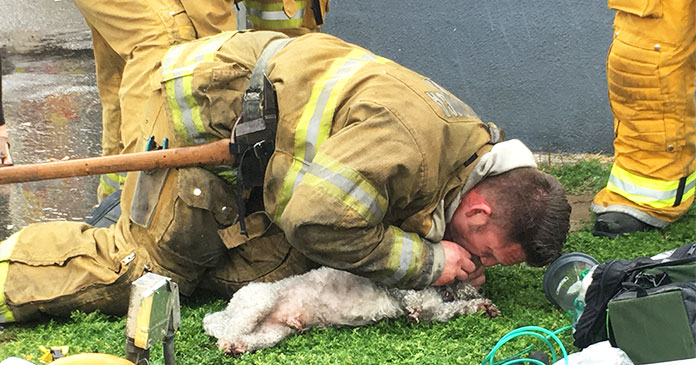 To save a life is a very good deed. It does not matter whether you save the life of a human being or an animal. Every life matters. Every day we come across unlikely heroes who do something exceptionally good.

Firefighters are our heroes who risk their lives to save others’ life.  So here is a story of a firefighter named Andrew Klein who showcased his gallant by saving the life of an animal. 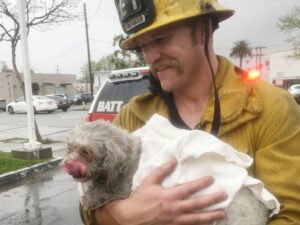 Klein work for the Santa Monica Fire Department in California. One day the department got a call to put out a hearth. There a dog was trapped in the fire. The name of the dog was Marley. Klein did not think for a moment and ran in to rescue the dog.

When this incident took place, a photographer named Billy Fernando was also there. According to him, he was standing outside and saw the firefighter Klein running towards the curbside grass place and he was carrying something in his hands. 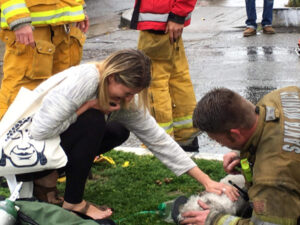 At first, the photographer could not make out what the firefighter was carrying. But he realized that it was a pet that was caught in the fire. The dog was unconscious.

Klein started performing CPR on the puppy to revive him. After about 20 minutes the dog gained consciousness and he was able to get up. 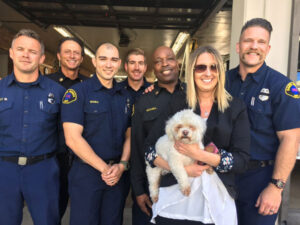