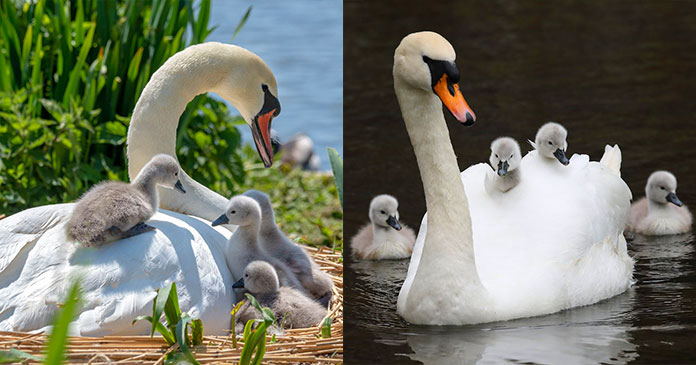 In nature, it is the duty of the mother to look after and raise the young ones. It is very rarely seen that father is involved in taking care of their kids.

We have never heard the term “Single Dad” in the animal kingdom. But sometimes this thing happens that even the males come to perform their parental duty even in the animal world if the mother is unable to due to some reasons.

Recently a case came where the male swan was seen taking care of the kids on his own after the death of his mate. This has gone viral.

Recently, a swan couple near the Charles River Esplanade in Boston, Massachusetts became a local celebrity after they made a home there and hatched nine cygnets. The visitors were quite delighted by them. But everything did not remain happy for long as the mother swan died suddenly leaving the babies alone. 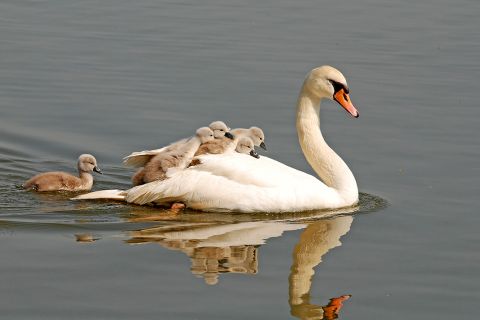 After the passing of Mother Swan, Father Swan came forward and took responsibility for their cygnets and tucked them under his wings. It was a good sign that the newborn babies will be okay, thanks to their caring dad.

The death of the mother swan made everybody sad. But people continued to visit the place only to look after the family. Then a man noticed something unusual which he described as an inspiring sight and he ran for his camera to capture it.

The man saw that all the babies were on top of the papa swan. The father was giving his babies a ride on his back. The man described that it was probably the best photo he had ever taken and he felt the situation was the most heartbreaking and heartwarming.

People are very much impressed by the heroic dad swan and they visit the place only to see the great dad. Though it was very sad that the mother passed away yet it gives us great relief to know that father did so many things for his kids.