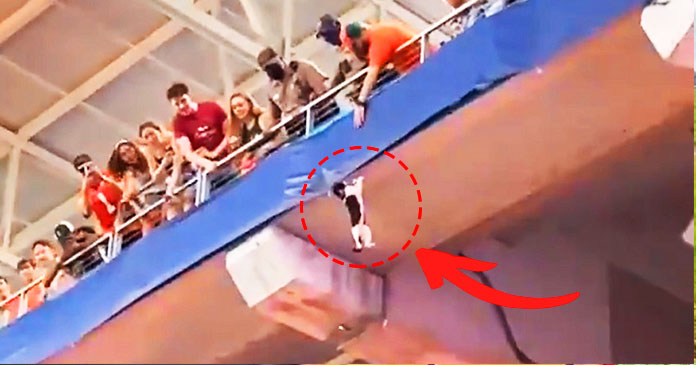 Whenever any animal’s life is saved, that is actually good news for animal lovers all around the world. The same thing happened at a stadium in Miami were the spectators who came to see the match saved the life of a cat in a dramatic way.

This year in September, was the 20th anniversary of the 9/11 attacks, and people around the country displayed American flags in remembrance of the victims. But one such flag turned out to be a lifesaver as it helped in catching a falling cat. 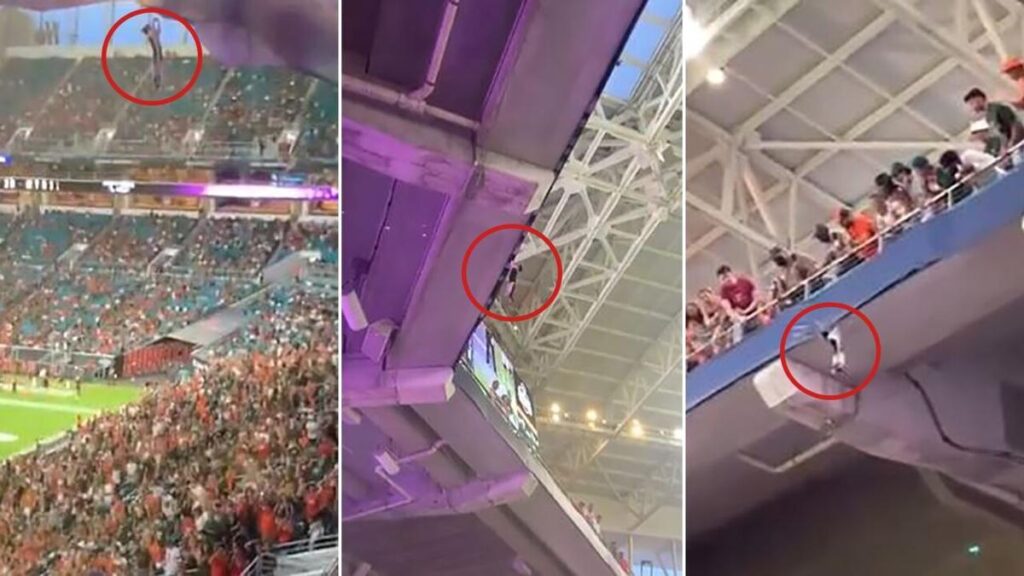 Fans who were present at the stadium to watch the game between the Miami Hurricanes and the Appalachian State Mountaineers saw a real nail-biter when they saw a cat clinging from a banner.

Fans tried very hard to reach the cat but were not able to pull it safely. But the fans who were standing below decided to prepare for the cat’s fall and took an American flag to catch the cat.

When the cat found it difficult to hold the banner and fell down, fans used the flag as a makeshift trap. Luckily they made a great catch. According to the Miami Herald, the fan who caught the cat was Craig Cromer who is a facilities manager at the University of Miami. 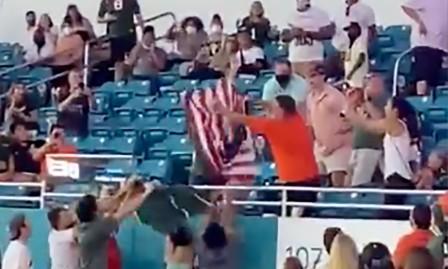 Craig used to attend the games with his wife Kimberly and he always brings the American Flag to hang on the railing. The couple stood with their American flag for 2-3 minutes as they waited for the cat to fall.

According to Kimberly, it was the strangest thing that had happened at a game and most fans would agree to it. But it remained a mystery from where the cat came from and where it went.

But the cat was safe and Hard Rock Stadium stated that the cat landed safely and thanked the fans who saved him. Really it was a great rescue of the poor cat! We are happy that the cat is safe.