Wildlife trafficking is increasing day by day. Very young animals are captured and their parents are killed. Then the captured wild animals are illegally traded in informal markets.

Here is a story of a family who was tricked into buying a fox instead of a Siberian Husky pup. The family was shocked to find that it was really a fox. They bought it from a conman breeder in Lima, Peru.

The family said that their younger son desperately wanted to buy a dog and his mother told him that he could buy a puppy in Sol Naciente, Comas, in the Peruvian capital of Lima. 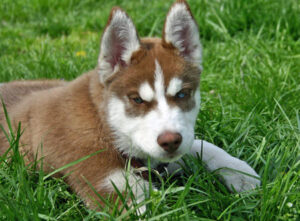 So an animal breeder sold the boy an Andean fox cub for around 52 Peruvian soles. The family was deceived as they thought it was a Siberian Husky pup.

Considering the fox as a Siberian Husky pup, the boy started raising it. But with each passing day, the pup became more and more aggressive to family members. Then the father of the boy found that it was actually a fox, not a dog.

The father said that he noticed the smell of the feces and urine was stronger than other dogs which made him doubtful. 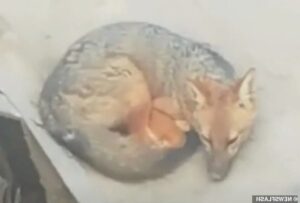 As it grow more and more fierce, the family was unable to keep and the fox itself found it difficult to live with the family and ran away. Since then the fox was seen roaming in the neighborhood and was seen on rooftops.

The fox is now eight months old and no one was able to catch it now. The wild animal has been feeding on the local community’s chickens, ducks, and guinea pigs.

The boy’s family is suffering as sometimes the fox eats up to four or five guinea pigs and the family has to pay for it. All are asking for help to capture the fox so that it could be sent to the wild. The boy’s parents have asked the local authorities to intervene and take the fox to its natural habitat.

It is very sad how wild animals are trafficked and sold in the local markets. The fox is a wild animal and it deserves to be sent to the wild.