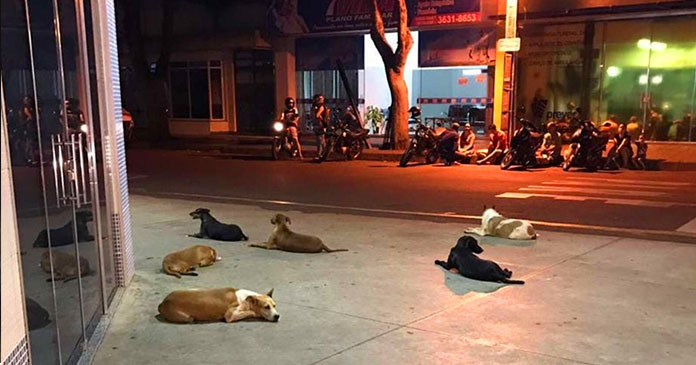 There are many stories telling about the faithfulness of dogs. Every time they prove how faithful they are.

A homeless man in Brazil was taken to hospital for treatment and the staff there thought he would not be having any family and that he was all alone. But they were surprised to find his caring and loyal friends who were waiting for him outside the hospital.

Luiz has spent his life on the streets of Cianorte City in Parana, Brazil for nearly 20 years. Though he was homeless and lonely yet he never felt alone and his furry friends were always by his side.

One night he suffered a stroke and luckily some passersby noticed and called an ambulance. A few minutes later, Luiz was rushed to the hospital. 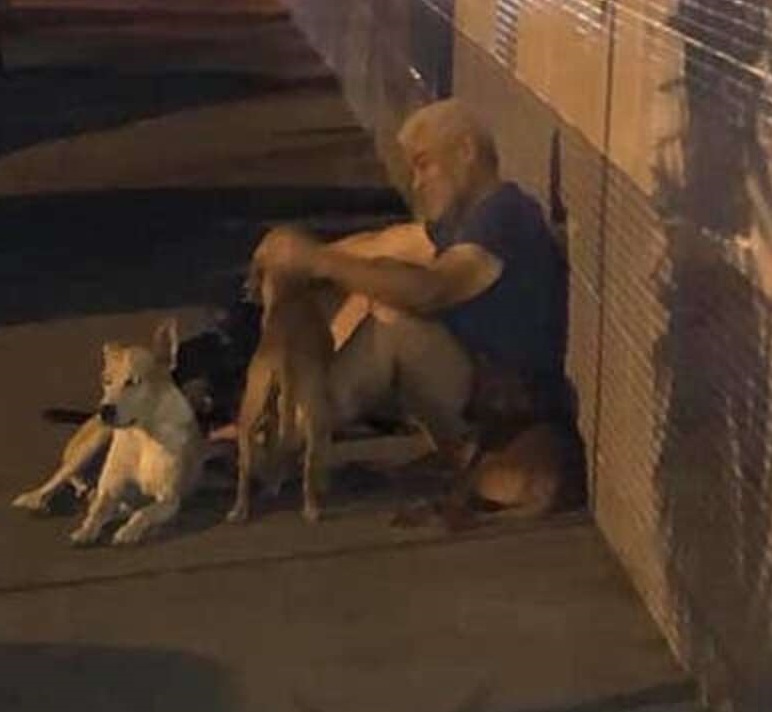 His six worried friends chased the ambulance in which Luiz was taken and when they reached the hospital, they just laid on the ground in front of the entry and waited for their human to get better.

As the dogs were not leaving, the hospital staff informed the volunteers at the Amigos de Patas Cianorte which is nonprofit animal welfare. The volunteers came to look after them but none of the dogs wanted to leave the place.

Amigos de Patas Cianorte wrote that those dogs were Luiz’s best friends and he shared everything with them. His furry friends waited for him in the hospital and there they remained alert.

When Luiz was discharged from the hospital, he left the hospital with another dog not knowing that his furry friends were waiting for him. 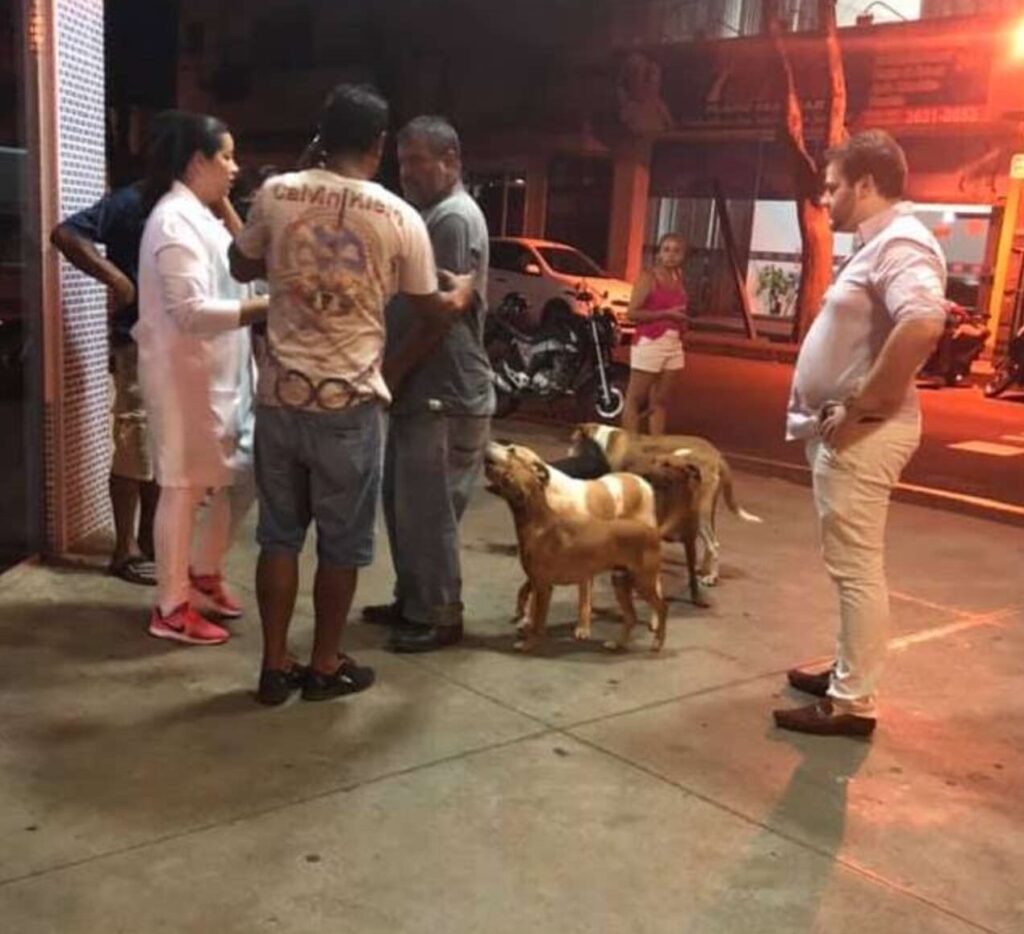 One of the volunteers at the NGO, went to bring Luiz and take him where his friends were waiting for him. When Luiz came, they left the place with him.

Really this story is very touching. No one can question the loyalty of the dog.