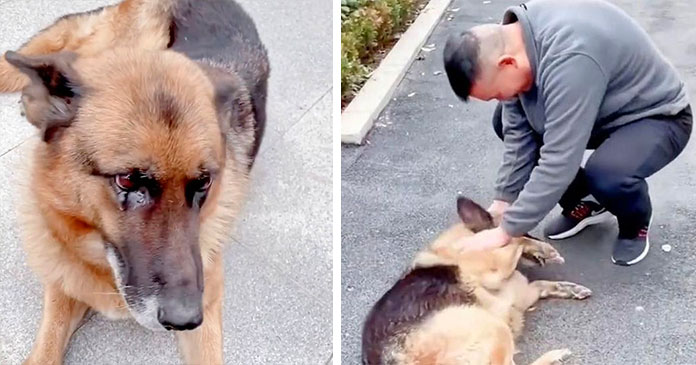 Dogs are very faithful and there is no denying this fact. They never forget the person who cared for them. Here is a heartwarming union between a retired working dog and his former handler.

The name of the dog is WangWang who is an eight-year-old German Shepherd. He worked as a sniffer dog at a security checkpoint in the Xichuan area in central China’s Henan Province. 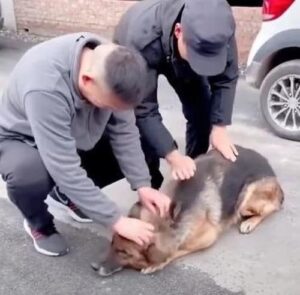 After retirement, the dog got a forever home. It was an indication that he was going to part ways from his handler.

Recently he got to meet his handler, Matan who is a policeman. His handler was patrolling in the neighborhood near WangWang’s house and he decided to give a surprise to his furry friend.

Matan stood outside WangWang’s house and called out his name. As WangWang knew his former handler’s voice, he came out fast and rushed to meet his handler. 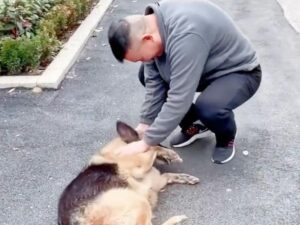 WangWang was unable to control his emotions. He licked the legs of his handler and cried tears of joy upon meeting his former handler. He did not want him to go away and stayed next to his handler.

The video related to this reunion was posted and it melted the hearts of the netizens.  The post read that WangWang’s hair was whitened but he was well fed and he was getting fat.

Some people who saw the reunion wondered why WangWang was not allowed to stay with his handler as both of them shared a great bond. 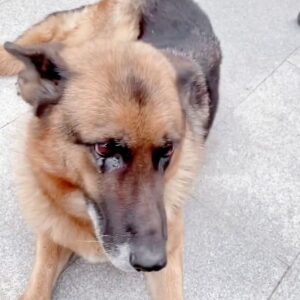 To this Xichuan Police responded that Police dogs are generally well-fed at training centers but their officers cannot dedicate their time to playing or exercising their retired dogs. So it was better than the retired dogs should remain with a suitable family than staying at a training center.

Their union proved that dogs are undoubtedly loyal companions and they love their caretakers a lot.