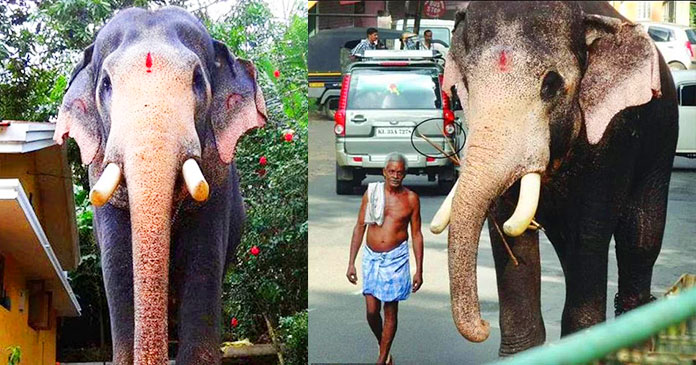 Elephants are known for their social bond as they live in large groups. They show love and patience with humans also. They prove to be very loyal and devoted to the person who cares for them.

Here is a story to prove it. A man named Damodaran Nair worked with elephants for nearly six decades and he had a very special bond with them. He treated his favorite elephant, Pallata Brahmadathan as if he were his son.
When the man was fighting with cancer, his last wish was to see his favorite elephant.

Although the man died before his wish was fulfilled, yet his favorite elephant traveled 15 miles to pay respects at his funeral. The elephant was under the care of Damodaran since the year 1996.

The two were very close to each other and had visited several festivals together in Kerala, India. The sight of them together was even liked by the people. 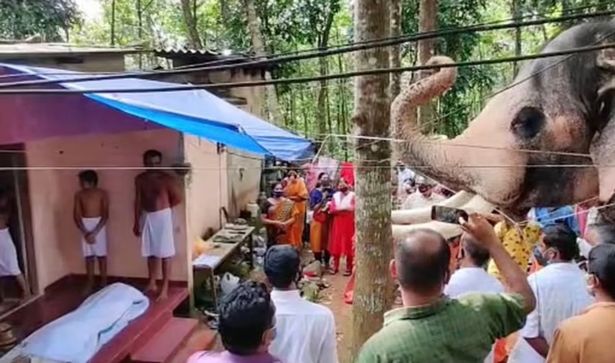 At the funeral, Brahmadathan raised his trunk and touched his body, and then lowered it. He was actually paying his respects to the departed soul. This scene led to Damodaran’s wife breaking down and all the people were moved with tears rolling down their cheeks.

According to Rajesh, the handler of the elephant, the bond and love between the two was of the father and son.
A few days back before his death, Damodaran was active as Brahmadathan’s mahout. 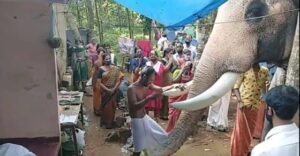 Within few days his health quickly deteriorated and Rajesh paid a visit to him and at that time, he spoke about his wish to see his favorite elephant.

But unfortunately, he died before the arrival of the elephant. But still, the elephant paid his last respect to the dedicated mahout. According to Rajesh, that was the best honor for the mahout that his elephant came to his funeral.

Really elephants are very sensitive animals and it was heart touching the way he said goodbye to the mahout.