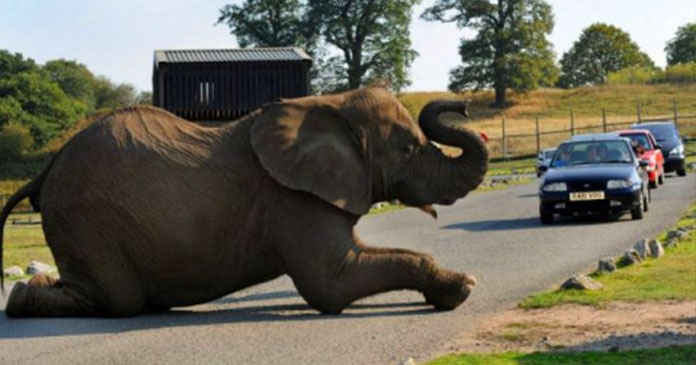 Hope we are as free as air. What if we can do anything at any time and at any place. Like this elephant who didn’t think even for a moment and lied down in the middle of the road and slept there.

Such a thing is adorable enough to make your day. Motorist Nattawat Patsungsing who is a 57-year-old Thai man from Nakhon Ratchasima experienced this once-in-a-lifetime experience when he was driving to work. He saw an adult elephant taking a nap in the middle of the highway.

The elephant’s nap stopped the traffic for about 20 minutes. Mr. Patsungsing had to stop the bike as he did not want to annoy the elephant. 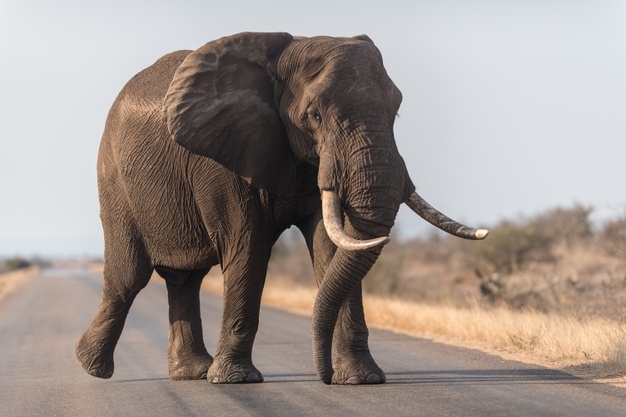 The man thought of capturing the moment and took out his camera to capture that wonderful moment. In the video, the elephant was seen moving its legs and flapping its ears. The giant kept sleeping without thinking that he held up traffic for long.

After the nap, the elephant got its energy back and it kicked up its legs and stood up. It even stared at the man and then it went away. Mr. Patsungsing was late for work but he was very thrilled to see the elephant. It made his day.

The elephant lived in the nearby wildlife sanctuary. The name of the elephant is Nga-Thong which means golden ivory in Thai. The elephant often lies on the road for warmth.

Whatever may be the reason for the elephant to be there, one thing was clear that it took boredom from our life.