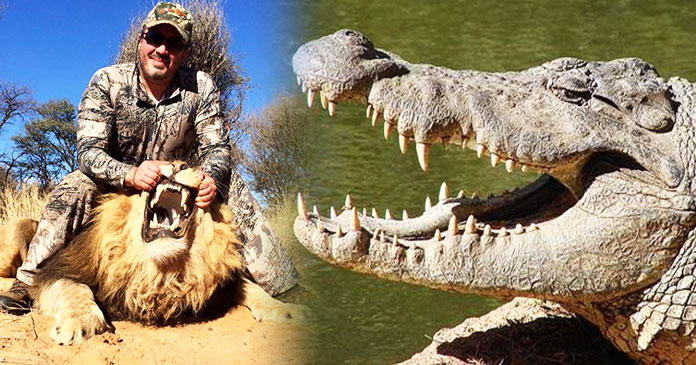 In many places in Africa, poaching is a real problem. Hunters sneak onto reserves and sanctuaries to take the life  of animals for specific expensive  parts, such as the ivory horns of elephants and rhinoceroses

But sometimes the animal kingdom has its own sense of justice and one hunter came to a demise that could be described as “karma.”

Scott Van Zyl was a prolific trophy hunter from South Africa. In addition to being a hunter himself, Van Zyl operated a “safari” company where he would take clients on big game hunts as well. His targets included lions, cheetahs, giraffes, and elephants.

It is believed Mr van Zyl and his tracker left their truck and walked in different directions into the bush. The dogs later returned to the camp without Mr van Zyl, whose belongings were found inside the vehicle.

Rescue teams were sent to search for the hunter and helicopters, trackers, and divers all scoured the region. They found his footprints and bag near the river bank. Local authorities investigated the crocodiles and found human remains that a DNA test confirmed belonged to Van Zyl.

The SS Pro Safaris website, owned by Mr van Zyl, states the company “has conducted numerous safaris” throughout Southern Africa. These include “elephants in Botswana to the smallest blue duiker in KwaZulu Natal”.