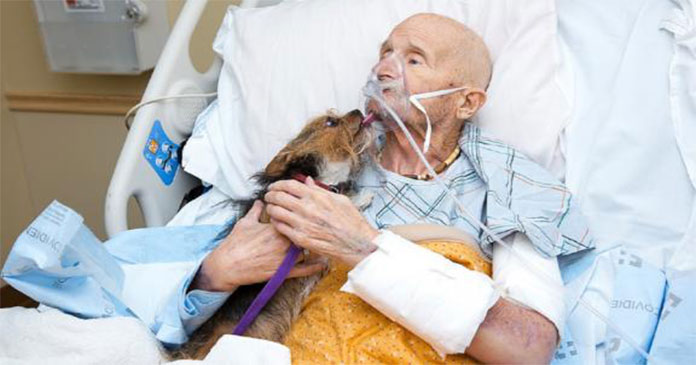 Dogs are our best friends. Their love is unconditional. They love us even when we are not at our best. They provide companionship to us. Sometimes it’s their company that keeps us going through our difficult times. They will be around us when nobody was there to look after us.

One such story is of John Vincent who is a Vietnam war veteran. He was on his death bed. He was admitted to hospice due to failing health. Because he had no family living in New Mexico., He was forced to leave his six-year-old dog named Patch to Albuquerque Animal Welfare. 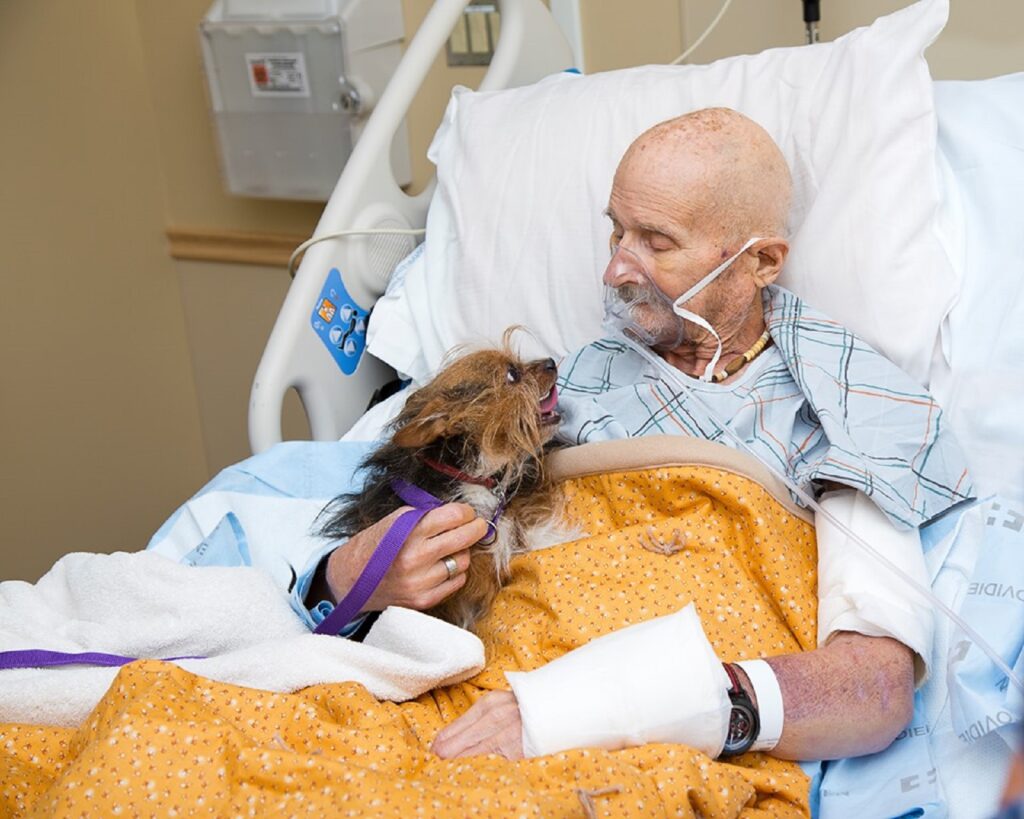 With limited time left to live, when his Palliative care nurse asked if he had any final request to make, Mr. Vincent told his desire to see his dog Patch for the last time.

Moved by the wish, the workers decided to make it happen. For Vincent, his dog Patch was his everything.
Team members from Albuquerque Animal Welfare brought Patch to meet Vincent. John was very happy to meet his old friend.

The dog spent his whole day with his parent. They were happy in each other’s company but sadly this was their final meeting. After this patch will be in the shelter looking for his new house. We wish Patch would find a happy house but in his heart, John will always be there. This is a very touching story of how important these pets become to us.