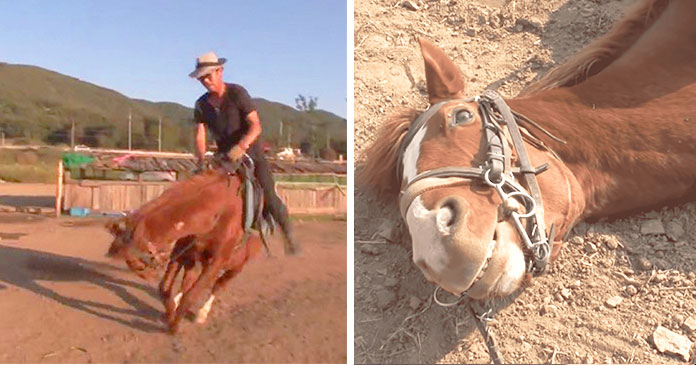 There is a horse in Mexico who literally plays dead when someone tries to ride him. The name of this dramatic horse is Jingang who really has some big dreams and ambitions. This horse did not like to be ridden by others as a horse should. 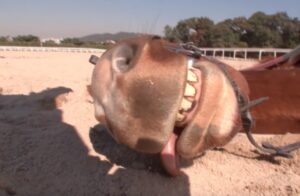 The horse’s duty was to carry people on his back all day long and he was too lazy to do that. So he came up this brilliant idea to avoid work.

He started playing dead.  He is so good at acting that he tries to be as dramatic as possible. He sticks out his tongue and stretches his legs in the air. It is really funny. At times, he falls to the ground even before a human makes an attempt to ride him and the whole situation becomes very hilarious. 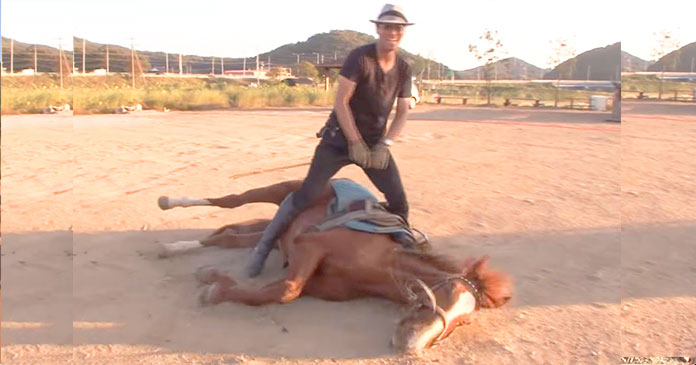 Really, this is one of the funniest acts by an animal and it is quite relatable. His ranch owners know his tactics and find it hilarious and naughty.

Actually, it is his way of telling humans that animals aren’t meant for hard manual labor. His message is loud and clear- Live and let live.

It is the best thing on the internet today and whoever sees this falls in love with it.