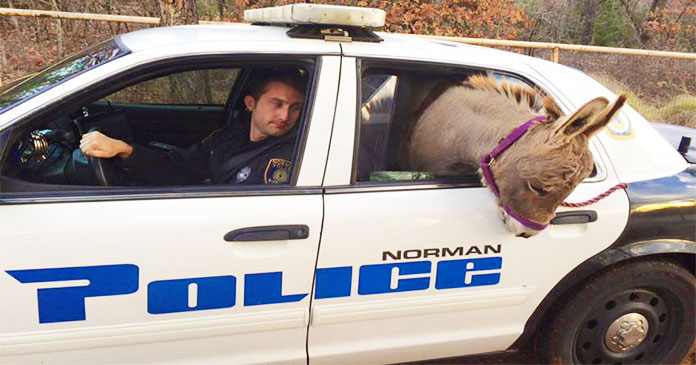 Donkeys are scared of the traffic. They are easily frightened by the honking horns. They cry and they cry just like us humans, the only difference is that their tears are silent and never seen. One day Robin Strader from Norman, Oklahoma was going to her work and she saw something unusual in the middle of the busy road.

She spotted a scared donkey walking aimlessly on the road. The kind woman jumped out of her car immediately to help the scared creature. She even called the authorities for help. As soon as the call was received, Officer Kyle Canaan at Norman Police Department came. At that time, Robin somehow managed to get the donkey off the road. 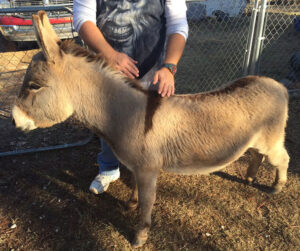 At first, Officer was confused as to how to deal with this completely unusual challenge, but soon he was able to.
The woman was ready to foster the donkey whom they named Squishy at her home. Her home was a few miles away from there.

As proper transportation would have taken time to come, officer Canaan decided to give the donkey a drive along and even the donkey accepted the invitation.

The City of Norman, OK Police Department wrote that their officers encountered unexpected things every day on duty. They further wrote that Officer Kyle Canaan got a call regarding a donkey on the loose in the 8100 block of 120th Avenue NE.

For the safety of the animal, he helped to transport the donkey to a nearby home for safekeeping. It was not an everyday sight to see a donkey in the backseat of a police car. The rescue donkey enjoyed his ride in the back of the patrol car which was mostly occupied by outlaws. 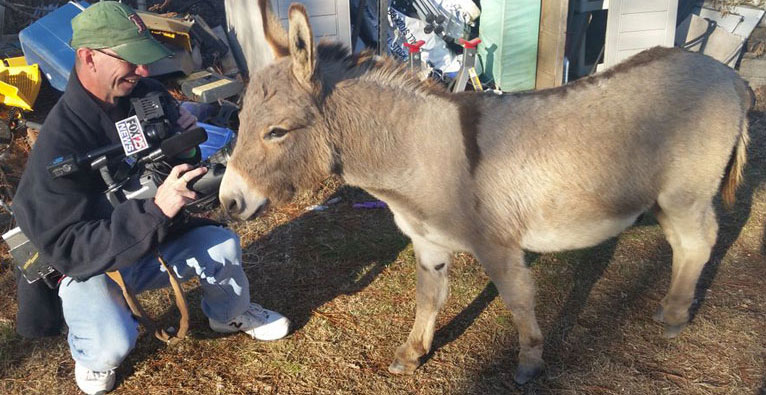 The donkey got along with the officer and they had a lot of fun on their way. The most important thing was that the donkey was safely driven to Robin’s place. The officer even showed interest in adopting the donkey. Really we need this type of kind officers more.