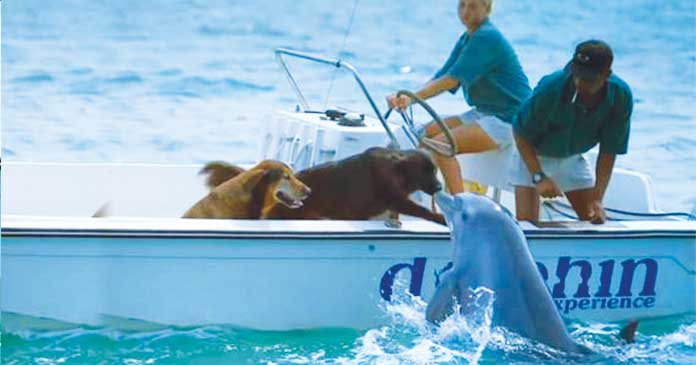 Have you seen the cutest video ever? If not this incident is going to melt your hearts. It is about two dogs who were enjoying a boat ride with their parents when suddenly something happened which captivated everybody’s hearts.

It was really an unusual encounter. One of the dogs on the boat and the beautiful marine being shared a touching moment. The dolphin may be out of curiosity could not resist the furry creature and decided to get close to it.

It is not that only the dolphin was excited even the dogs were filled with enthusiasm when they saw such a huge mammal in front of them. 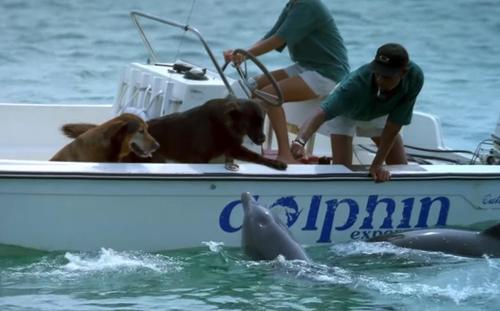 So what happened next actually baffled the dogs. The playful dolphin jumped out of the water and guess what she did. She kissed one of the dogs because that’s the best way to make friends. Then the dolphin got back to the water. This whole incident was captured on the camera and it is one of the sweetest scenes.

Not only the video is adorable but also it is part of the award-winning IMAX classic that shows the life of dolphins in their natural environment and habitat. It is a movie by MacGillivray Freeman Films, who are the founders of the One World, One Ocean Campaign.

Dolphins are very friendly that we know but this particular act is quite remarkable and leaves a mark on one’s mind.