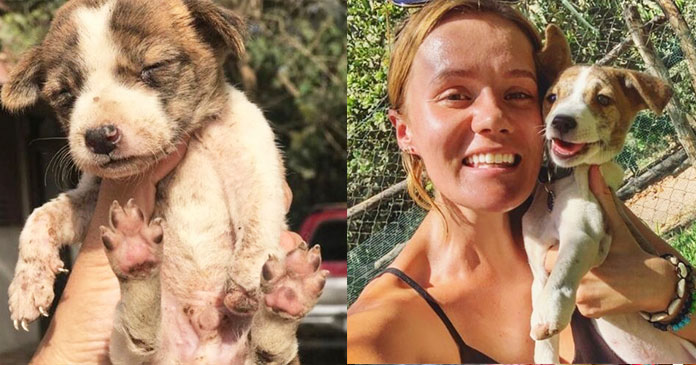 A little puppy in a rural area of Gambia faced a difficult situation when one of his first paws was injured. His family was helpless as they were not having a pet clinic near their area.

When they arrived at the pop-up clinic, they were received by a vet nurse named Emily. Emily was so shocked when she saw the pup as the poor animal was having a serious infection that had damaged the paw. 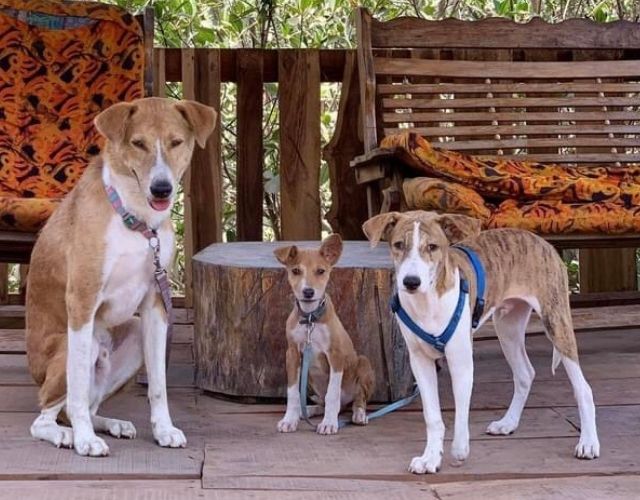 Delay in the medical treatment had affected the health of the animal severely. The dog had become very weak. As the family was not able to give him any proper attention, they decided to give the animal to the Gambia Horse and Donkey Trust. The team knew that they had a difficult task to perform. They had to work really hard to help the pup.

When they came to the main clinic, the team started making efforts to save the puppy. Emily named the puppy Hiccup and she had this belief that the puppy would survive. She looked after the puppy the whole day.

As time passed the dog was able to be his normal self. At last, he was able to be a spirited dog. He became part of the Gambia Horse and Donkey Trust community and he became a member of the other rescued dogs.

He became very attached to Emily and he did not leave her side when they help other patients at the clinic. He got two best friends named Simba and Orange. Both of them are rescue dogs.

The dog moved around with three paws. Now it is decided by Emily and the team that they would give a Prosthetic paw to the dog once he is all grown up. Hiccup is a strong boy who overcame the odds to have a good life.