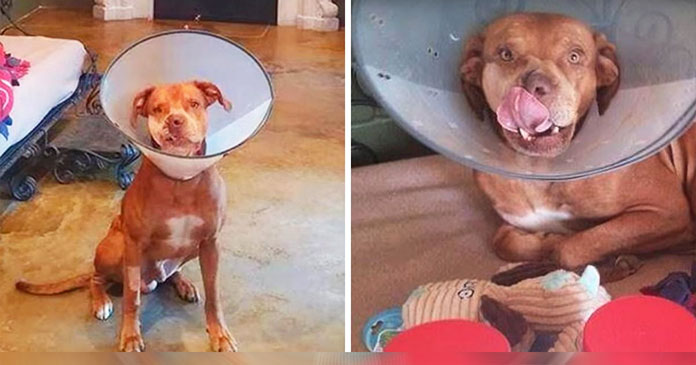 Beauty lies in the eyes of the Beholder. This saying is true. It is our perception that makes everything beautiful. Cute dogs are loved by everyone. But all dogs are beautiful inside. They are blessed with pure and beautiful souls.
The dogs which look a little different are also in need of love.

In fact, they need more love. Some animal shelters share their experience that how dogs that are not beautiful are not easily adopted. They have to struggle to get adopted. One such dog is there whose family left him as he was having a physical defect. They did not think about what would happen to him. Then some kind of rescuer came and helped the dog. 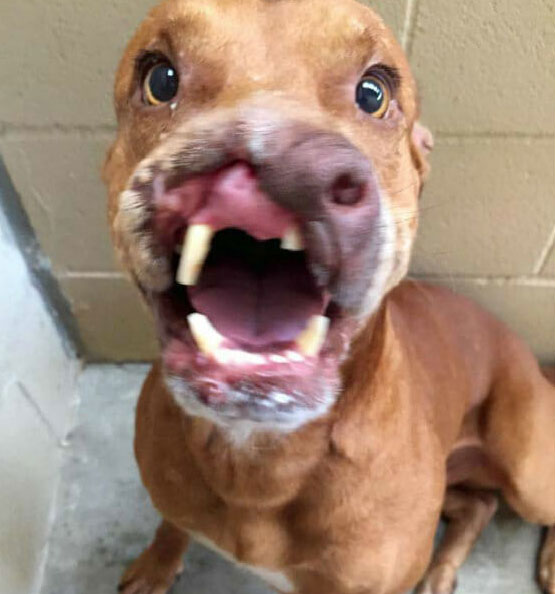 The animal control officers in Huntsville, Texas picked up a mixed breed dog. The name of the dog was Bjarni and he had a striking appearance. His disfigured face made him very strange to look at. He was missing half of his nose and lips. It seemed as he was badly attacked by another animal as there were lots of bite marks. He found it difficult to breathe and eat.

Animal shelters were able to find his owners but they refused to take him in. according to St Francis Angels, the owners no longer wished to keep him and were content with allowing him to die. As the owners refused to take him back, the dog was brought back to the shelter. Luckily some angels came to save him.

Anne Graber who is the founder of Texas animal rescue group St. Francis Angels got to know about Bjarni’s story and decided to take care of the dog until he was recovered and adapted to a new home. Though the dog was disfigured, it has energy and he is very engaging. Graber said that the dog was unaware of his limitations and he loves everything that moves. 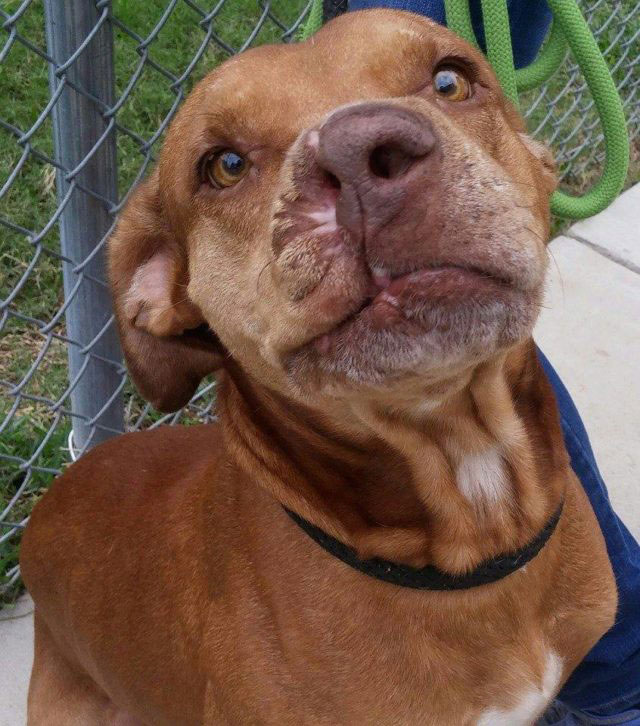 Graber wanted to get Bjarni’s face repaired and she found veterinarian Jason Balara of Gulf Coast Veterinary Specialists who agreed to do the surgery of the dog’s nose. St Francis Angels raised money through their Facebook page and one donor gave $ 5,100 for the surgery.  His surgery includes reconstructing his face and realigning his nose with his sinus cavities.

This surgery will not only make the dog cute and adaptable but also improve his health by making it easier to breathe and eat. It was a big success and Bjarni came out looking like a new dog. After a few months, he got a new family. He got a forever happy home. It was really a happy ending for the dog who suffered a lot.