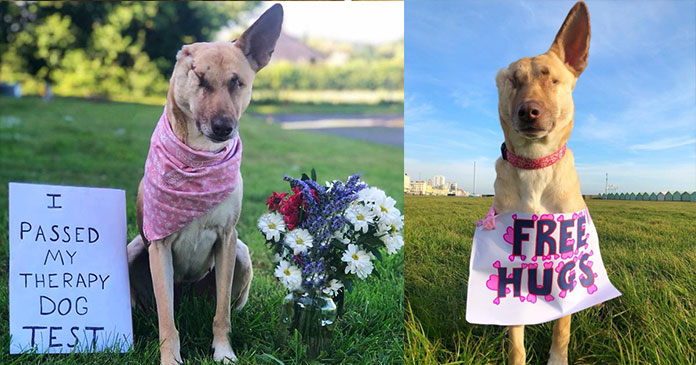 Sometimes animals suffer a lot and they are not guilty of doing anything wrong. It may be due to the fact that they are speechless and that they are treated that way. Even suffering can’t crush them and they give hope to everyone.

Here is a story of a five-year-old dog named Maggie. The dog was first seen in Lebanon. Some tragedy happened to the dog in which her ear was cut, her eyes were poked out and her jaw was smashed. When the dog was rescued she was pregnant and she was fastened to a carton. 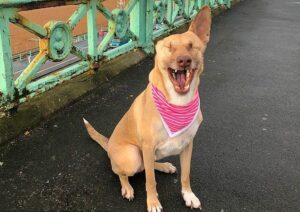 For Maggie, the story does not end here. She was helped by the Wild at Heart Foundation and she was taken to a home in Brighton by a person who loves the animals a lot. The name of that person was Kasey.

After the rescue, the dog made a great recovery and is now used as a therapy dog and she has great Instagram followers. Kasey said that a man from Lebanon uploaded the picture of the dog and begged people to help the dog. A lady from London noticed the post and supported it.

Wild At Heart wanted to help the dog by bringing it out of Lebanon though it was quite difficult. The lady saw Maggie’s post and decided to adopt the dog.

It was not clear what happened to Maggie but one thing was clear she suffered something horrible and frightful. The dog’s story is a source of inspiration to many people and it adds brightness and light to their life.

Maggie is a very normal dog and she is quite simple but she has some serious issues related to her health. According to the owner, the dog is very talented and genius. She is very playful and lively.

As she suffered a lot but that does not make her bitter. She just became more and more strong. She spreads only love.

We are happy that she has found a perfect life.