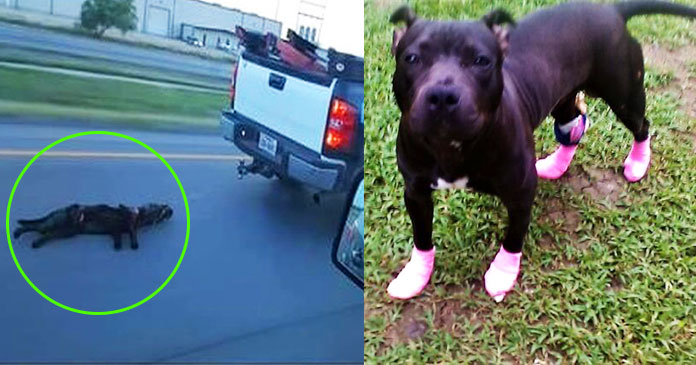 Some people try to do good to others but they are not able to do good. The situation turns in such a manner that instead of helping we hurt. It might be due to carelessness. Here is the story of Blackberry who became a victim of horrible circumstances.

The story is like this – two-year-old Staffy was a stray dog when he was picked. His rescuer wanted to give him a forever home.

The unfortunate dog fell out of the moving truck and the driver did not have any idea and he continued to drive. As a result, the dog was dragged for about a mile. At last, the man noticed and stopped his vehicle. 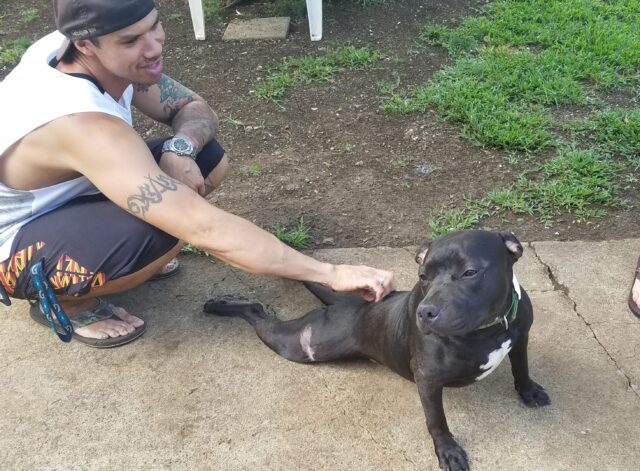 The black dog was severely injured. He suffered huge injuries to his hip and his paw pads and claws were gone. As the man was unable to handle such serious issues, he handed the poor dog to the Kaaawa K-9 Rescue which is a rescue organization in Kaaawa, Oahu, Hawaii.

It is through Kaaawa K-9, Blackberry met an amazing foster mom, Shannon Hammel. The lady was very kind-hearted and started treating Blackberry immediately and her efforts worked and Blackberry became better and better every day.

After three weeks of daily care, the paws of Blackberry healed and he was ready for adoption. His foster mom was not ready to let him go and she decided to give him the forever home. Blackberry is very lucky to have Shanon his parent. We are happy that he got a forever home.