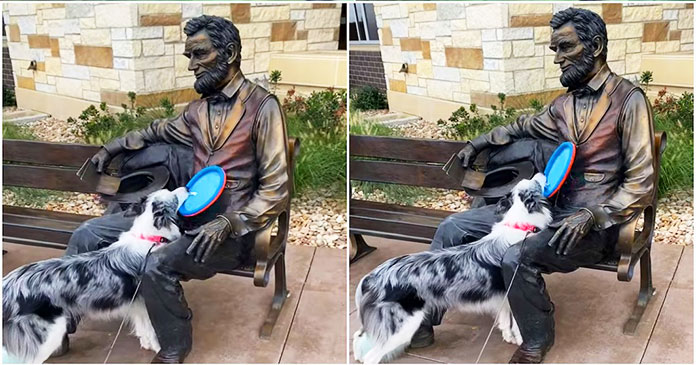 Dogs have this disposition to chase after objects and pick them up in their mouth and bring it back. So it is natural that they love the game of fetch and they are always eager to find someone to play with.

They are always on the look for a playmate to play this game. So one dog as she wanted to play fetch, she ended up finding a familiar face who turned out to be very stiff.

The dog named Nova which is a one-year-old border collie went out with her owner in The Colony, Texas when the playful dog decided she wanted to play fetch. 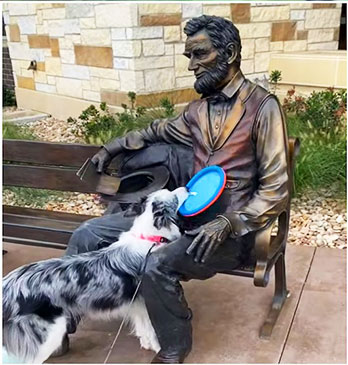 As the dog was looking for a partner, she approached a familiar-looking stranger who was seated on a park bench. The person was actually the statue of Abraham Lincoln!

The statue is placed outside a Scheel’s sporting goods store and it must be one lifelike depiction of Lincoln. As it looked real that’s why the dog mistook it for a living person.

According to Nova’s owner, she loved to play Frisbee and was always on the lookout to find a playmate. This time she chose Abraham Lincoln. 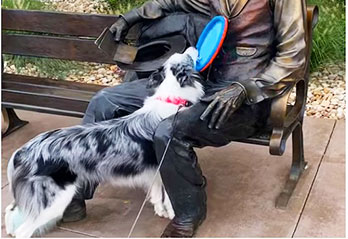 She made many efforts to convince the statue but it was useless as Abraham Lincoln was not convinced. The owner said that she tried a lot but Lincoln did not budge.

Real Abraham Lincoln was very fond of dogs and he owned several dogs in his lifetime. His most famous dog was the yellow mutt Fido.

As for Nova, she gave up as the bronze playmate she chose was not very playful. Hopefully, she found a new partner who was not that stiff.

This story is worth it for any dog lover to make their day.