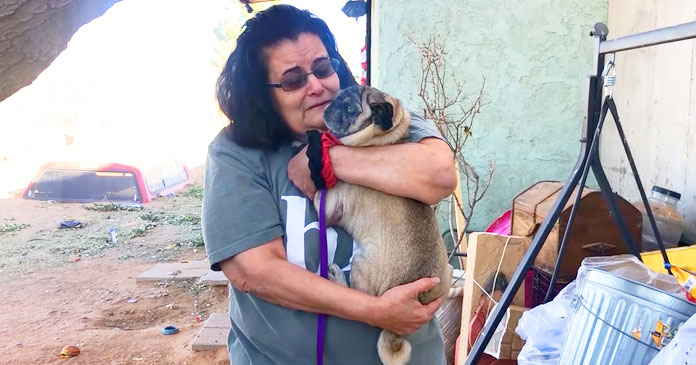 How good is the feeling to get reunited with your lost dog after it went missing for 6 long years? We can’t even imagine the excitement of the person as well as the pet who is reunited.

The same happened with this dog which wandered away from home- some 2000 miles. But thanks to the initiatives of the group of volunteers, he was reunited with his owners after 6 years.

The story is like this that there is a missing pug that had been found safe in Southern California- after six years after it got separated from its owner. 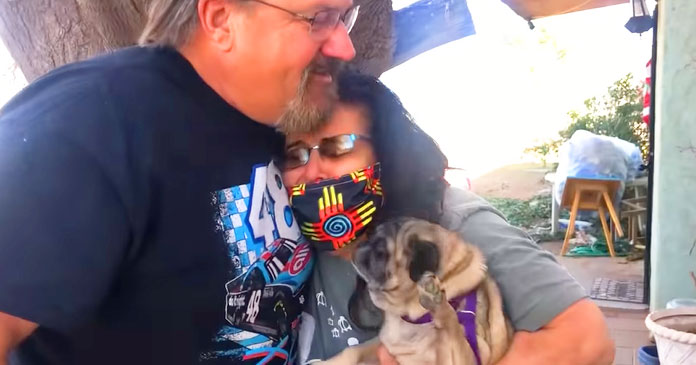 The owner Sandra Campos never gave up hope that she would one day be able to see her dog again. The name of the pug is Chato.

The pug ran away six years ago when Sandra Campos was visiting Davis, California, and was homeless at that time. But she never gave up hope and kept putting flyers on Facebook, Twitter, and Instagram to get people’s attention.

Sandra said that the dog was part of her family. He was the part of her. She loved her dog so much that even when she moved to New Mexico, she kept updating his microchip information. She never changed her phone number and she felt that she would get a call informing her about the whereabouts of her dogs.

So as time passed, some group of volunteers working for the animal shelter found Chato wandering near the highway and they contacted her to tell her about Chato. 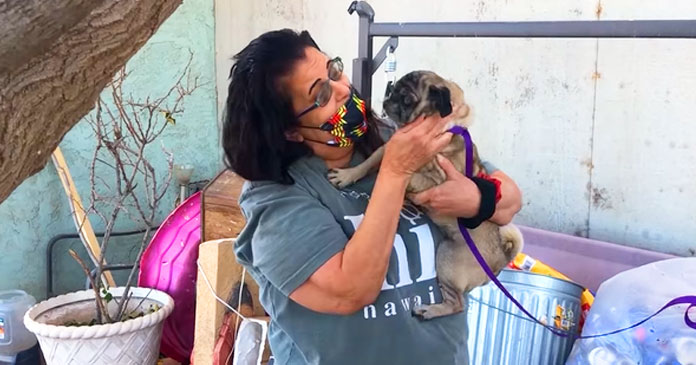 After that Chato was taken to Front Street Animal Shelter in Sacramento. Sandra Campos said that she was very much excited to get a call and she started to cry as she was overwhelmed. She said that she never gave hope to my pug.

Then an employee at another shelter volunteered to transport Chato to Campos by driving him for 17 hours. The expenses were paid by a nonprofit associated with the shelter. Both of them were very relieved to see each other. It was really a very heartwarming reunion.