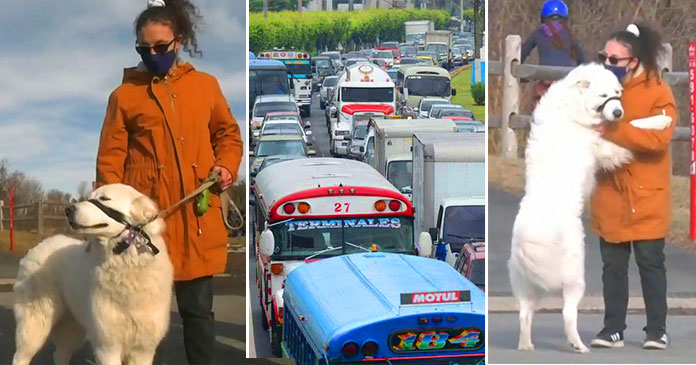 A dog will be your best friend no matter what. It will always be by your side. There will be instances where the dog with his intelligence even saved the life of the people. Here is the story of an intelligent dog who stopped the traffic to save his life.

Video shows the moments when the hero dog stopped traffic to save his owner who had a seizure. The name of the good girl is Clover who blocked the road and called for help from the drivers when her owner Haley Moore had a sudden seizure in Ottawa, Canada.

For this act, the dog is hailed by the Canadian media as a hero. She used her intelligence to save the life of her human, Haley Moore when she was struck by a seizure during a walk. 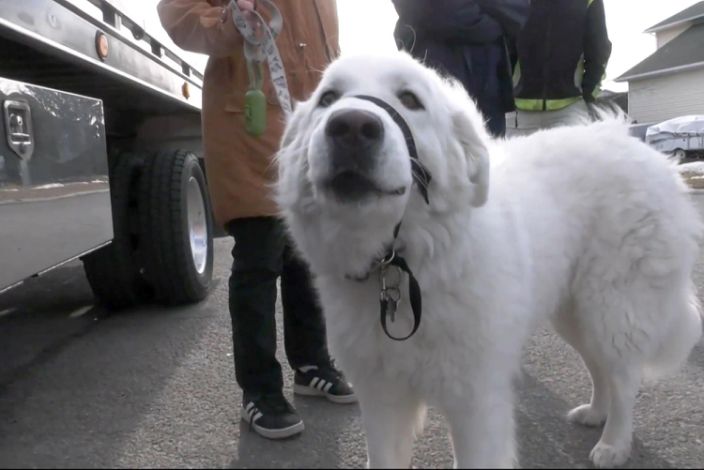 Her parent was walking through the Stittsville neighborhood of Ottawa when was seized and she fell down. The whole incident was recorded in the security camera of the neighbor’s home camera.

Clover is a year and a half old Maremma mix. When she saw the owner fell down, she immediately sprung into action. At first, she attended Moore then she rushed into the street and stopped the traffic. According to Dryden Oatway, a driver who was stopped by Clover said that it was really very impressive that the dog blocked his way to get the help.

Moore said that she did not remember much. All she remembered was waking up in the ambulance and asking what was going on. As a reward for her service, she was fed with delicious steaks.

Yes, Clover is really a hero. Hats off to her for her service.