Losing a beloved pet is one of the worst feelings in the world. When a pet dies, pet owners are the ones who grieve the most. But animals also mourn the loss of a friend.

It was really hard for Easton Dufur to say goodbye to his dog Stitch. At the age of 13 years, Stitch had been in the family since he was a small baby. It is not like only Dufur was missing the dog. There was another member in the family who missed Stitch terribly and it was another dog ‘Cookie’.

Cookie was a few years younger than Stitch and she had a great effect on the older dog. She played with him making him more active and reinvigorating him. Stitch on his part became like a mentor to Cookie. So both the dogs grew very close to each other. They loved each other a lot and looked after each other. 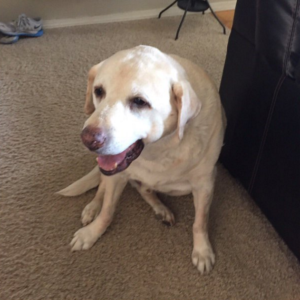 The great thing about their friendship was that Dufur could feed them out of the same bowl. He was not worried about them fighting over food. Cookie had learned that she had to eat only half of the food leaving the other half for Stitch.

After the passing away of Stitch, Dufur was really worried about Cookie how she would react. She had never been without the older dog. According to Dufur this was the first time Cookie was alone and since Stitch was not there he had been feeding Cookie less food but he found out that she still left half of her food for Stitch. 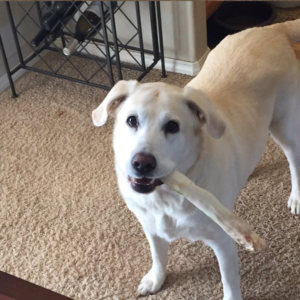 Not only this there were other changes that also came in Cookie as she started sleeping more and more. She was no longer as active as she used to be after the passing away of her best friend. Dufur and his family tried their level best to let Cookie know that they were there for her.

Like human beings, dogs also feel sad for someone they are very close with. They express their sadness by sleeping more and eating less. One should let me know the grieving dog that everything will be OK.

Though they won’t be able to understand where their friend has gone yet they could move past their sorrow and get back to some sense of normalcy in their life.