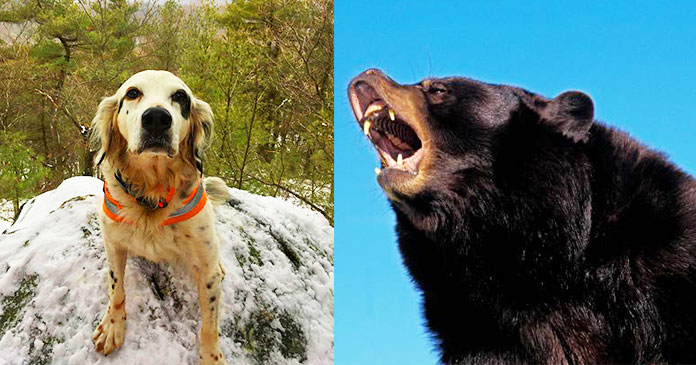 There is no doubt that dogs are the most faithful animals. Every now and then, they give proof of their loyalty. They can even go to the extent of sacrificing their lives for their parent.

Though it may seem impossible to believe yet it is true. The incident which is narrated here will make you believe this.

A married couple named Stephen Parisi and Cathi Henn from New York went with their three dogs for a hike at Monksville Reservoir in New Jersey. And there, it was their 14-year-old English Settler named Pete who saved their lives. 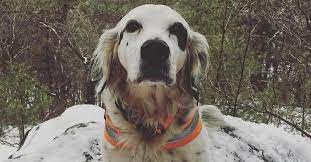 Cathi recalled how the bear came for Stephen and the dogs. In this dangerous situation as the bear’s only exit was a 180-degree turn, it was their brave dog Pette who stepped in and fought the large bear.

Stephen tried to put the other dogs which were only pups in a safer place. But by the time Stephen returned to help the dog, the damage was done. Though he was able to chase the bear away, he himself was badly injured.

The couple rushed the dog to the hospital but the vets informed them that the dog’s injuries were very serious and he would not be able to survive. After much thought and a heavy heart, the couple took the difficult decision of putting their dog down.

Cathi told that she wanted to remember Pete as the happy-go-lucky dog and the dog which was running through the woods with his tail wagging. This story once again proved that how incredible dogs are.