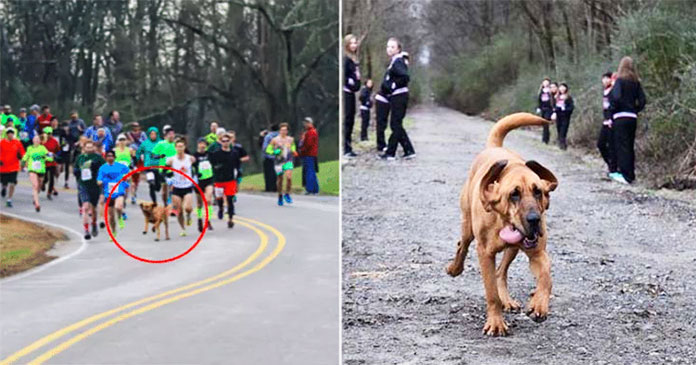 In order to keep ourselves fit, we do a lot of physical activities and running is one of the best ways to keep fit. Professional runners do a lot of training before running a race. But what if one is beaten by a dog in a marathon?

Exactly the same thing happened with most of the Elkmont Trackless Train Half Marathon runners in Alabama. They got a competitor in the form of a 2-year-old Bloodhound. 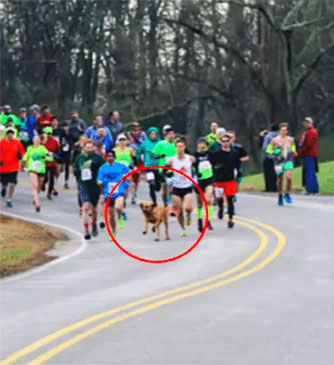 The dog finished at the 7th position in the race. She took over an hour and a half to complete it. According to her owner, April Hamlin, she opened the dog and she joined the race on her own.

Her owner was quite surprised. At first, the owner was embarrassed and worried that she had possibly got in the way of the other runners.

She is very lazy and the owner was doubted that she actually ran a half marathon. Jim Clemens who finished at the fourth position in the half marathon said that every time he thought she had dropped off to go back home, he would hear her coming back up to him and she would race past him. 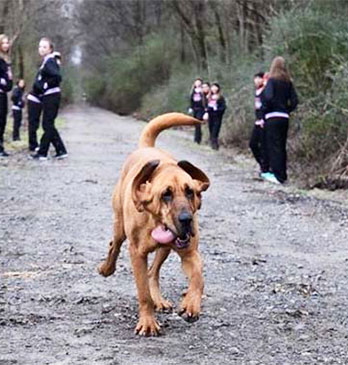 She would run off to romp through the streams and into yards to sniff around for a while and then come to join the race. It speaks volumes about how much she loves running. She enjoyed herself a lot during the race. Congratulations.