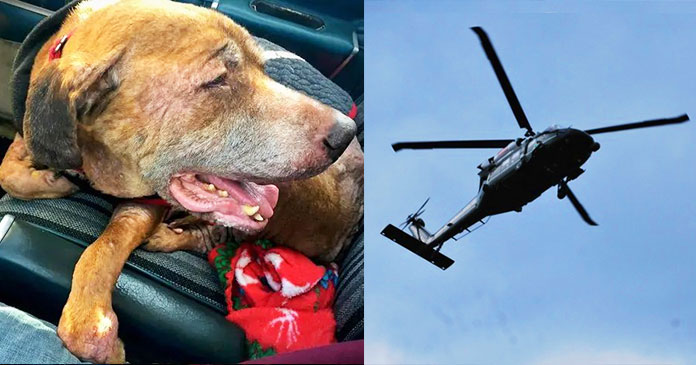 It is quite unfortunate that all pets in shelters do not have a happy ending. Ashlyn is an adorable senior dog living in the shelter in North Carolina was diagnosed with cancer.

The poor dog was left with only a few more days to live but a pilot made sure that her final days should be filled with love and happiness. One day the dog was down and it was clear that the dog was not fine and suffering from illness. Veterinarians soon found out that dog was suffering from cancer and many other tumors under the skin.

It had left the poor girl with very little energy and she could not even run or play. But the caring staff at the New England Humane Society wanted to keep the dog happy and really wanted that the old dog’s last days should be fun-filled. Doctors gave her just a couple of more weeks and everyone wanted to make those days very special for her.

The shelter gave her a perfect home to spend her last days. But they faced one problem, it was that the new house was located more than 400 miles away. Now the problem was who would take the dog there quickly as the dog had very little time left. But as life have it. One man just stepped in a miraculous way. 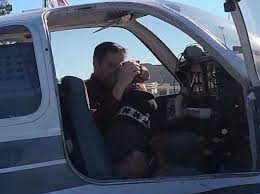 The name of the man was Paul Steklkenski who is the owner of Flying Fur Animal Rescue and he is a trained pilot and he made a promise to get Ashlyn quickly to the house. This plane trip was certainly awesome for the adorable four-footer. Paul shared the pictures of himself and his companion traveling by plane. They were just adorable. Whenever the dog felt uncomfortable he treated the dog with dog biscuits.

The pilot became emotional while he was taking the pup. He had a passion both for flying and pets and he decided to combine both his passions. For this purpose, he founded the Flying Fur Rescue and has been helping animals.

Ashlyn was warmly received by Tracy Lancer who is a kind woman and she would make sure that the pup would be looked after well. But Tracy was shocked to see the condition of Ashlyn as she looked very thin. Her weight was 39 pounds. The kind woman looked after her well and was able to get Ashlyn back to her normal self.

Although she had only weeks left to live yet she is very strong. Now she is a completely different dog. She is full of energy now.