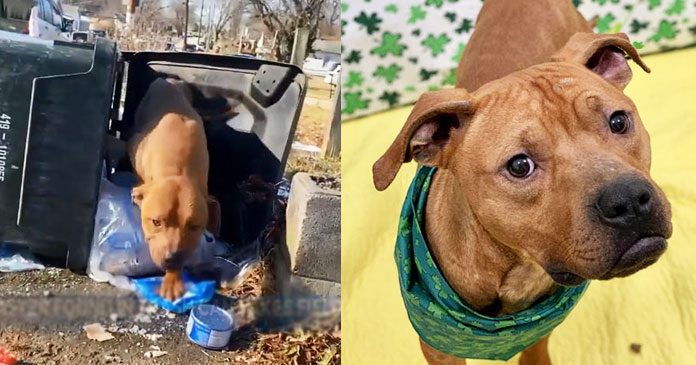 Sometimes due to the negligence of human beings, animals suffer a lot. They start to have a sense of not belonging to someone. Like this dog who felt neglected and started living inside a trash can. The pup was not cared for by anyone and he took refuge in a trash can.

Then somebody informed Lexington Fayette Animal Control in Kentucky about the dog and the officers there visited the pup. When the officer arrived, the dog came out to greet her but he was so timid that he went inside the trash can immediately. 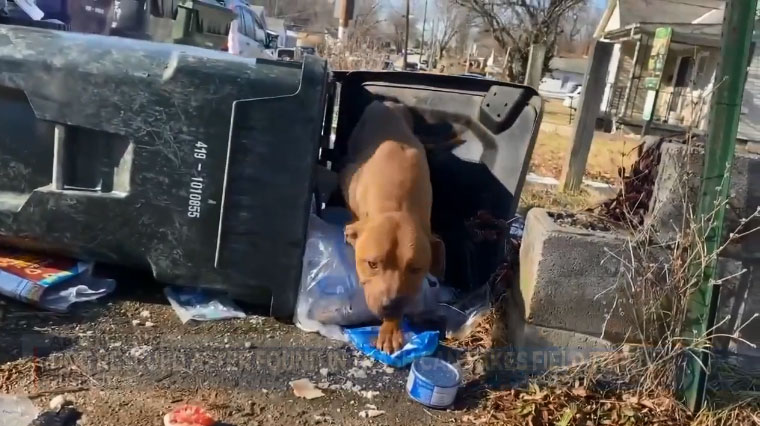 The animal control wrote that most stray dogs run back to their home when they are scared and that dog considered the trash can his home and he was very content living inside it. The dog has developed a very strong bond with the can. The rescuers were able to coax the dog out. They named the dog Oscar.

When he was taken in then also he showed interest in the trash. He was office fostered but still, he climbed the trash cans placed outside the office. Observing his love for the trash cans, the rescuers decided to fix his meeting with the local sanitation workers. Animal control officers wrote that he had a great time.

The only thing which Oscar required is a happy home with people who love him. He is transferred to the care of the Lexington Humane Society. The Humane Society made sure that the dog would never have to resort to living in a trash can again.

The Humane Society is hopeful that someone would soon adopt him and treat him like a true treasure. They further said that Oscar is an affectionate boy who loves attention and is eager to make new friends. We really hope that Oscar should get a loving and forever home.