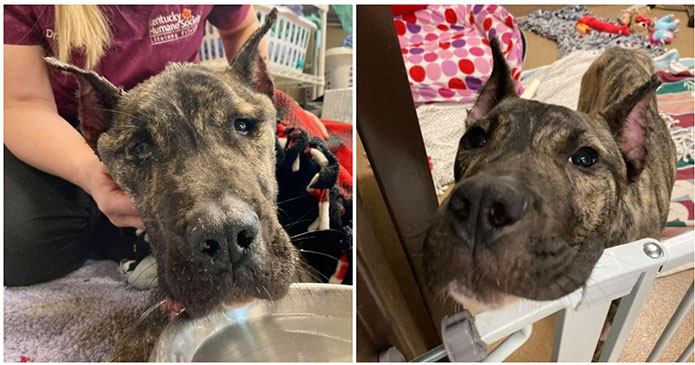 Ethan, the poor dog who was left to die in a crate is now making a miraculous recovery. The people are praying for the speedy recovery of Ethan.

Ethan’s fight for survival has become very inspirational. People started feeling sympathetic towards the dog. Blessings and prayers started flowing for the dog from everywhere.

If we talk about Ethan., He was found outside the Kentucky Humane Society late last month. At that time he was severely underweight, suffering from dehydration and muscle loss. It appeared to be the thinnest dog.

It seemed the dog had been locked up in a crate for weeks without food. At that time his chances of survival were very less. But now the nightmare is over and the dog is very much on the road to recovery.

His heartbreaking story has won many hearts. People are sending donations to the Kentucky Humane Society. Apart from winning hearts, his story also brought a huge change in the animal abuse laws.

We wish Ethan a speedy recovery and we also want this law to be passed.