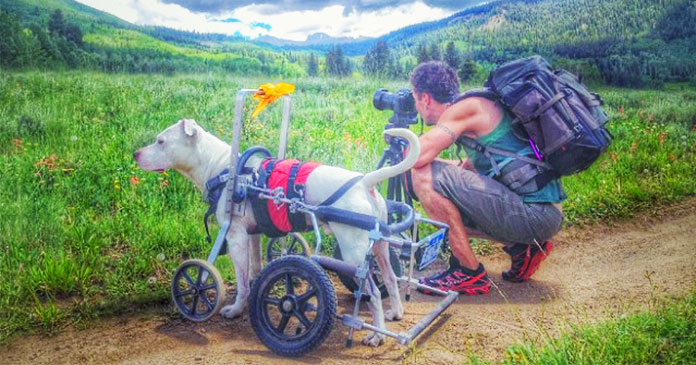 Life in a shelter house is not very good for animals. If one happens to have some problem, then it is quite difficult to adjust there. But there are some kind people over there who are ready to help such animals.

Here the person is Tom Dilworth who is a professional photographer. Tom went to Yonkers Animal Shelter to see another dog when he noticed Mel. He stopped there for a moment and the dog placed his head on his leg and Tom at that very moment decided to adopt Mel. 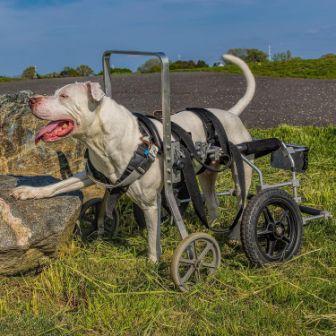 Mel is an 8-year-old Pitbull and at the time of its adoption, it was not in a wheelchair. But Tom saw that something was wrong with the balance of the dog and it was getting worse.

Later it was found that the dog has a neurological disease that affects its balance. Though the disease is not painful for Mel, yet it makes it very difficult for him to move. 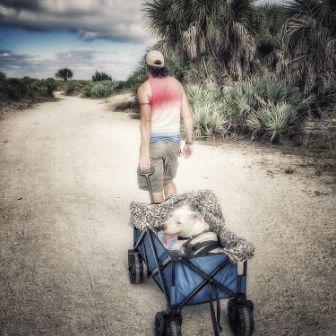