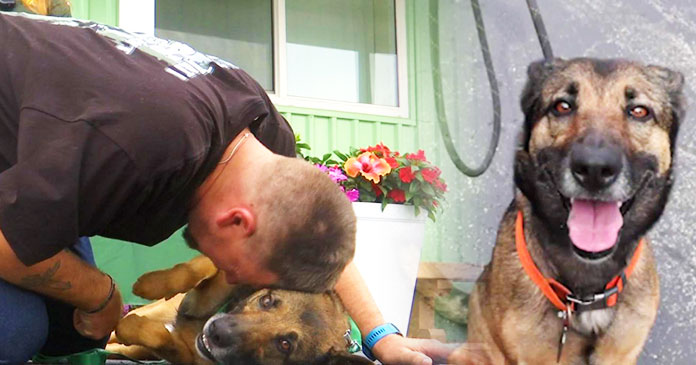 It gives us immense joy when we hear a happy ending to a sorrowful and sad story. Sometimes animals suffer a lot at the hands of their abusive owners. But when such dogs find a better life after the abuse, that is very nice.The same happened with the miracle dog who survived being thrown from a balcony a few months ago and now he had found a new duty.

Miracle’s previous life was more like a hell full of abuse and heartbreak. Last year in December, police officers and sheriff’s deputies in Daytona beach received a call about a suicidal woman, 35-year-old Allison Murphy, who attacked a maid and was giving the threat to jump over the railing at a motel. 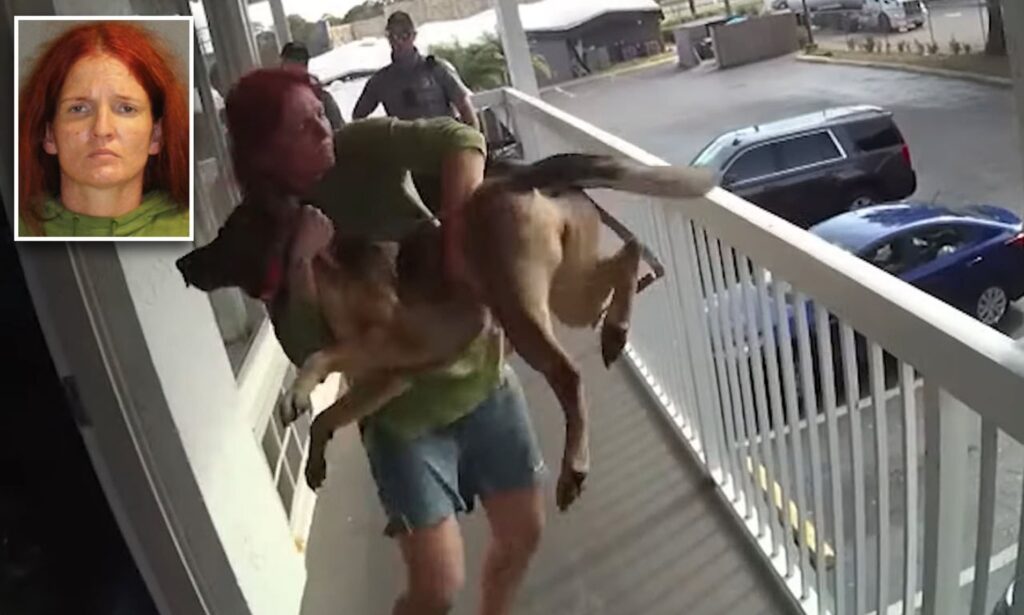 But it turned out to be very disturbing when the woman rushed out of her room carrying her German shepherd and suddenly dropped the dog down into the railing.  But luckily the dog did not sustain any injury that day

Since then, Miracle is under the care of Animal Service Field Supervisor Alicia Dease. Alicia confirmed that since the video of the dog went viral, many people came forward to adopt Miracle but she felt that Ted, an Iraq and Afghanistan veteran, and his wife Bidget were the right people to adopt Miracle.

The dog’s former owner was fined $1,100 and asked not to keep any animal for five years. Ted told that he saw the video of what happened to miracle a few months back. He said that he didn’t know why anyone would do that. They quickly became friends and he felt that she could make her feel more relaxed.

In spite of their hardships, they have finally found each other. We wish Miracle all the best for his life as a service dog.