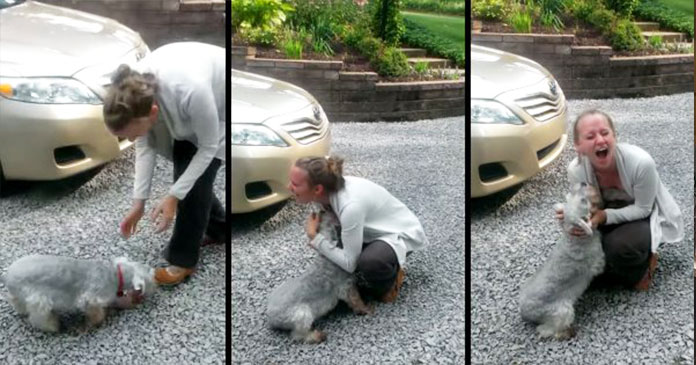 How excited the dog gets on seeing their owner! We can’t answer this. They give wild screams of joy when they see their humans. 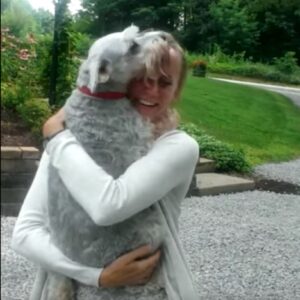 The same thing happened to 9-year-old Schnauzer when she reunites with her mother after a few years. The name of the dog is Casey and she has not seen her owner in over two years and when her human mother returned and took her in arms, the dog was about to faint in excitement.

Actually, the dog’s feelings of excitement are so strong that she seems to faint. Her owner, Rebecca Ehalt was in Slovenia for more than two years and when she returned to her family’s home in Murrysville, Pennsylvania, her dog was super excited to see her. As soon as she saw her, she ran to greet her but it seemed that the overwhelmed dog would pass out. 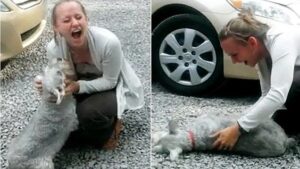 That moment took everyone by surprise and the woman was concerned. But the dog was fine. According to Rebecca, the dog did not bark and there was a screech, a continuous screech. Rebecca said that they never expected her to pass out but luckily she was fine then.

This touching moment was captured on camera and was shared online. According to Rebecca’s husband, it was so real and cute. There was so much going on in the world and the dogs were great.

Really the moment was captivating when the dog saw her mother. Their reaction is an exaggeration, it is actually their real feelings.watch moments