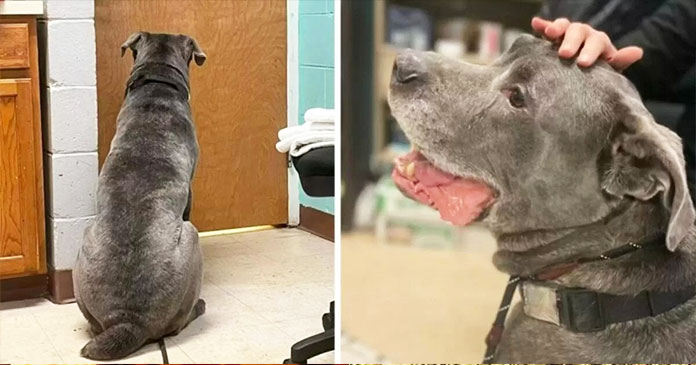 It is quite heartbreaking both for the pet and the parent when they have to part ways. But sometimes life throws you in such a situation that you don’t have a choice. The same thing happened with Blue Bear. For the past 11 years the dog was with his dad but all of a sudden everything changed for the sweet dog.

His dad was in a helpless situation with nowhere to go so it was difficult for him to look after Blue Bear and the dog was sent to Trenton Animals Rock.

The dog was unable to understand the reason why he was there and why his dad was crying. Confused, the dog barked and barked scaring the shelter workers. At last, his dad told him to sit. 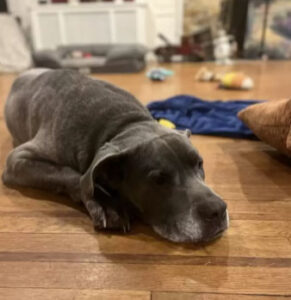 Then Danielle Gletow approached him and he leaned his head into her waist and she patted him. So it was clear that the dog was not aggressive, he was confused and Gletow promised Blue Bear’s owner that the dog would not spend the night in the shelter and thought of finding a foster home for him.

He was having tears rolling down his cheeks. Gletow promised the dog that she would find a foster home for him and would not leave him alone in the shelter. But the problem was that at this age and at 130 pounds with severe arthritis in his back legs, it was very difficult to find him a house. 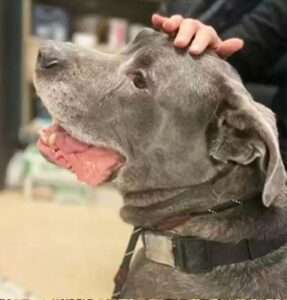 She filmed a video of the dog and suddenly she got calls and messages from all over the country. They got a local foster named Madison who was interested to take Blue Bear. Blue Bear began to relax at Madison’s house. For some time, the dog will be kept at the foster house.

After his medical checkup, he would be put up for adoption. It is really great to know how Trenton Animals Rock is trying to help the pets in their community. It is a no-kill shelter and they are always ready to help.