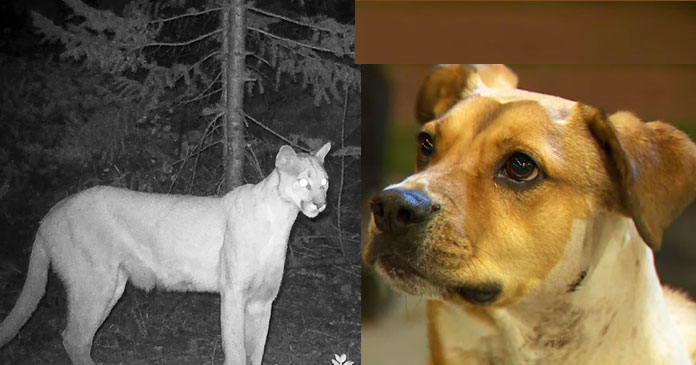 Time and again dogs proved their loyalty. They did not hesitate to put their lives in danger to protect their family. They step up to defend their owners. There is this brave dog who chased a big mountain lion who came to their house.

Mary Padres, from La Verne, California came face to face with a large mountain lion in her own backyard. She was so afraid that she gave out a cry. She said that the mountain lion was large and it was looking at her.

Then her dogs came to protect her. Both the dogs barked at the mountain lion trying to scare it away. Then Rocky the smaller of the two decided to run after the animal.

Rocky fearlessly ran after the fierce cat and it even chased him up the hill. The big cat fought back and Rocky was left with some serious scars. Mary said that she saw the hole all the way down to his brain. 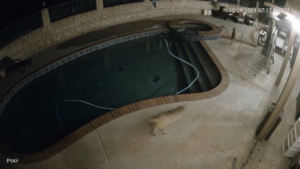 Mary went out to look for Rocky and found him badly injured. He had eight large puncture wounds and received 30 stitches from the vet. It is quite fortunate that Rocky survived the ordeal. The mountain lion is still on the loose.

The owner was very much thankful to the dog who risked his life only for the safety of his family. Really Rocky was a brave dog. He defended his family well.