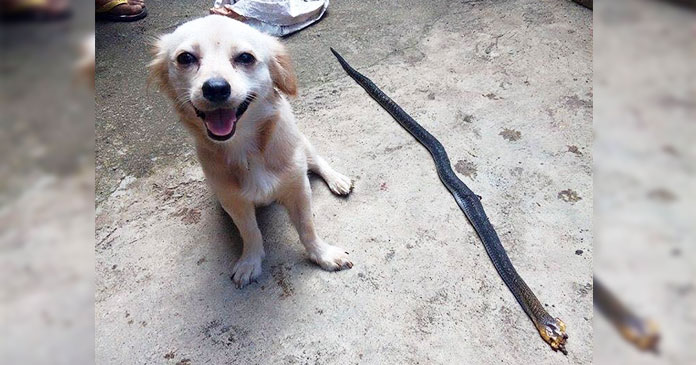 We have heard many stories about the love and sacrifice that the dogs do for their owners. Here there is another story showcasing the love of the pet that brought tears to thousands of people. The name of the dog is Moana and she sacrificed her life to save her owner and the family from a poisonous snake.

The owner named Jeco Macs was watching TV when he heard Moana barking in the yard. As he went out he saw that the dog was trying to bite a cobra and pulled it from under the stairs. Mac went into action and killed the venomous snake. He was relieved that the whole family was saved due to the efforts of the dog. 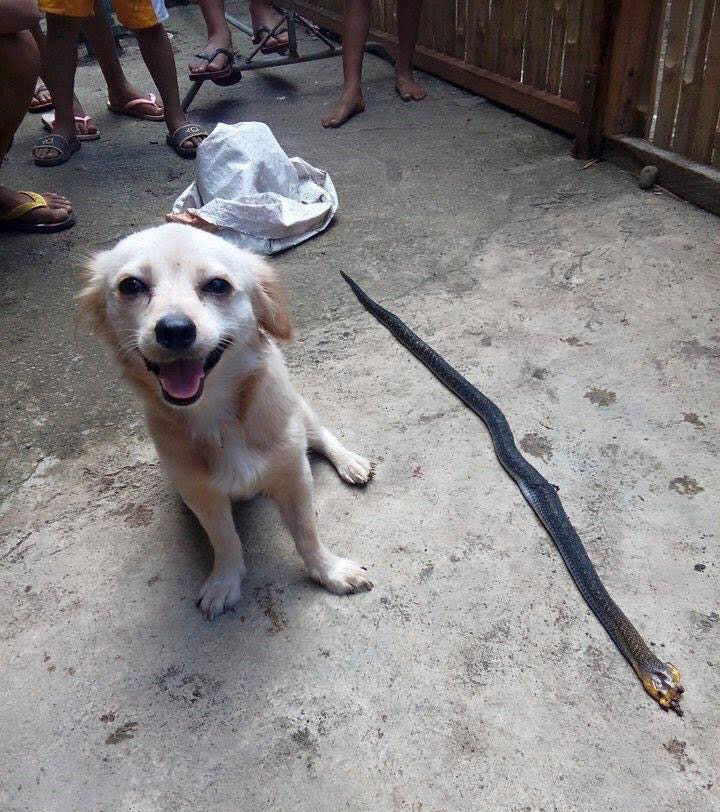 At that time, he did not have any idea that the dog was bitten by the snake. He even took to his Facebook and wrote that Moana was a hero and she saved the life of his family. In the photo, Moana was seen smiling with the dead snake. But the dog died after that.

The poison of the snake was the reason behind the dog’s death. They even did not get the time to rush the dog to the vet. The dog laid down her life to prevent the cobra from entering the home. The dog was unable to save her life from the venom of the snake and sacrificed her life for the sake of her family.

But the image of the smiling dog before the death captivated everyone’s attention. The dog was a mix of Shi Tzu and a Chihuahua. It was the bond of love between the dog and owner that made the dog sacrifice her life. We are really touched by the loyalty of the dog.