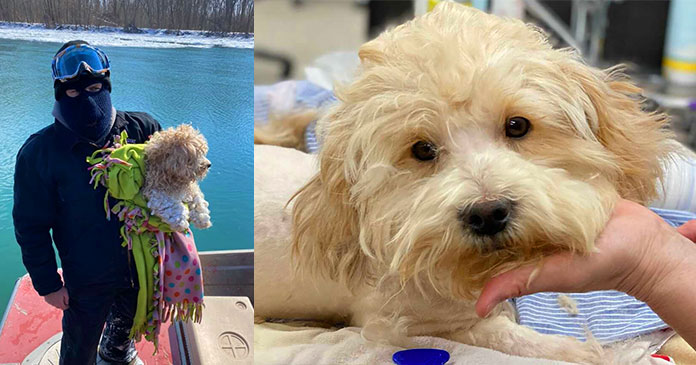 Here is the happy ending to the terrible story of the dog who suffered a lot. He will be adopted by the same man who helped in saving his life. He just escaped death as he was caught in the Detroit River where he landed after his fight with the coyotes.

Then he suffered frostbite on his paw pads and scrotum. ‘Miracle’ Puppy Rescued After Being Stuck in Detroit River for 4 Days in Freezing Temperatures.

The name of the dog is Alfonso. In Feb. Jude Mead of J&J Marine in Windsor Ontario saved Alfonso from the Detroit River Island. Mead and his team were able to use an airboat given to them by the BASF Corp. After the rescue, the dog was under the care of Woodhaven Animal Hospital. 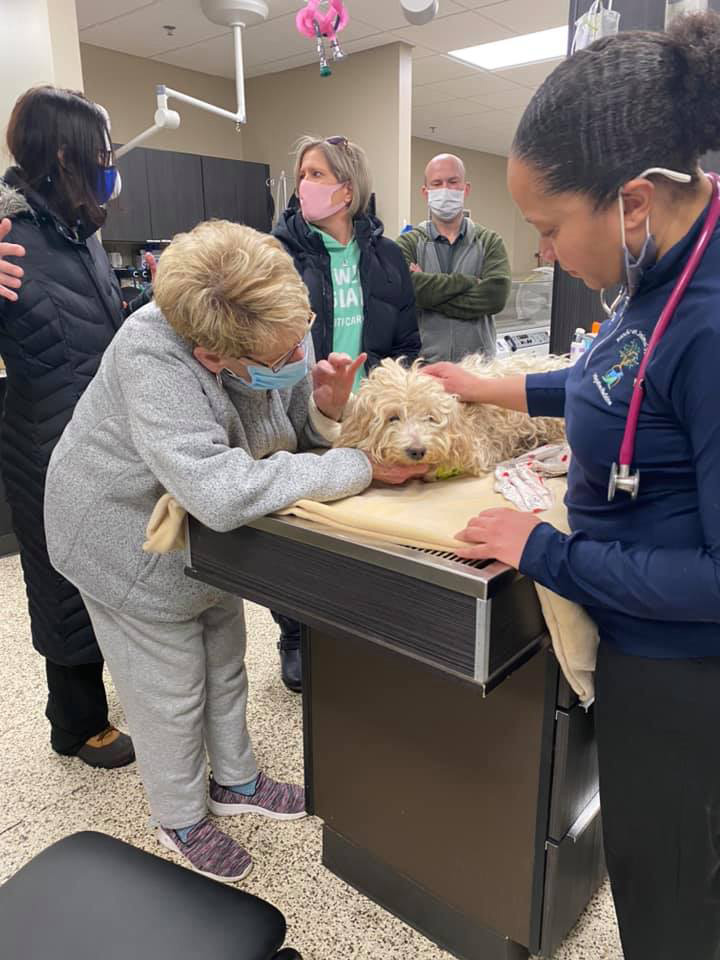 Reading the story of his rescue many people came forward to adopt him but after a very careful and thorough application process, it was decided that the man who saved Alfonso is the best fit to adopt the dog.

The vet hospital informed that the dog’s scrotum was removed due to frostbite and he had hip surgery for hip dysplasia. Stem cells were implanted into his joints to prevent pain.

The dog entered the hospital with little hope to survive but he defied the odds and survived. The vet hospital said that they were all very grateful for the happy ending to his story and they congratulated Jude and the family for this addition to their family.