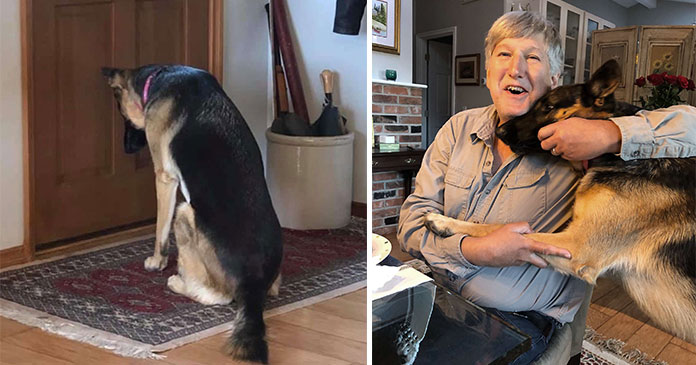 Dogs are very emotional and concerned about the human they love. No doubt they are loyal companions. The bond they share with their human parents is quite incredible.

Here is one dog who was very concerned about his dad and waited by the side of the door for her dad to return from the hospital. The name of the dog is Leia which is a German Shepherd and it was owned by Katie Snyder since it was a small puppy. One time when Katie took Leia to her parent’s home, she was very much excited. Katie’s dad and Leia really connected well. 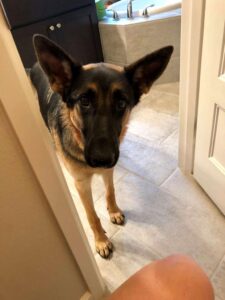 Leia loved to get spoiled by her grandparents. According to Katie, Leia is not a typical cuddly dog. She has a very strong personality and she loves all her humans in her own way.  She likes lying near you during movie night or sitting outside of the bathroom door waiting for you to finish.

The bond which Leia had with Katie’s dad became more visible when her dad was hospitalized and she was unable to join him. 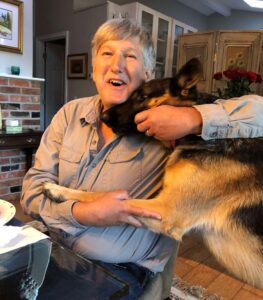 One night after dinner, his dad became seriously ill, and later that night, he was even taken to the hospital. As he was admitted to the hospital, his wife returned home alone. Leia saw her granny getting inside without her human, so she sat there and waited for an hour for her human to return.

When Katie’s mom saw this, she took her photos and send those to Katie. When Katie saw those photos, she burst into tears. It showed how much Leia loves and cares for her dad. 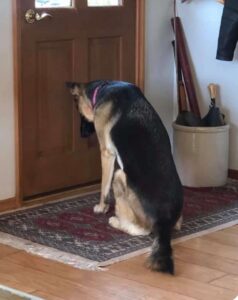 Fortunately, Katie’s father was discharged another day. Leia was unable to control her emotions when she saw her dad coming back. Earlier Katie thought of leaving Leia there only for a few months but seeing the bond she has with Katie’s father, she decided to make the stay permanent.

Leia is truly a loyal dog and she loves her human the most.