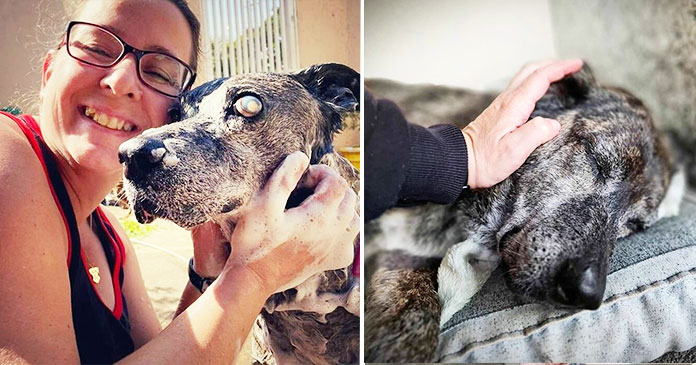 Happy endings are better than sad endings. They give the feeling of content. The beginning can be sad but the end should be good. It may so happen that sometimes the saddest tales could have the happiest ending.

Here is a story of an innocent dog who spent his life on the streets of Los Angeles as a stray dog. As he was ready to give up on his life, this deaf pup got a loving family and a warm home. 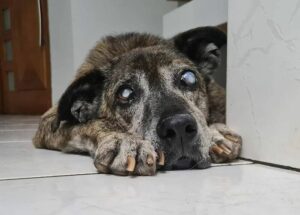 The dog named Solovina which means ‘he came alone’ in Spanish has a very hard life and he spent his life wandering in the streets of LA. He had a very tough life but he kept going. One day he found a spot on someone’s front porch and laid down there.

A woman found him lying there and felt pity for him and started to feed him. A dog became comfortable on the porch, it was realized that the dog was a stray so she contacted the Rocked Dog Rescue for help.

The dog was taken to the San Francisco shelter and after the visit to the vet, Solo was put for adoption. No one was ready to adopt him and he went from one foster family to another for about a year and a half. 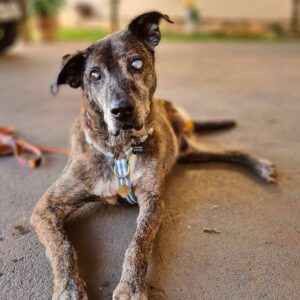 Then Carol Messina saw a photo of him online. The moment she spotted him, she fell in love with him. She said that when she met him and found that he was sad. He realized that he was going to stay with him forever.

Solo was very much excited to find a forever home but he was still very confused and shy. It was a natural behavior as he had a hard life. But Messina was ready to devote proper time to him to make him feel comfortable.

The kind woman explained that the dog was very much confused and afraid and he used to keep his tail between his legs for months. He was not reacting to the dogs and people and cats and shuddered if anyone tried to pat him.

The senior dog was finding it hard to adjust to his new life when Messina found that the dog was completely deaf and had some serious teeth problems. 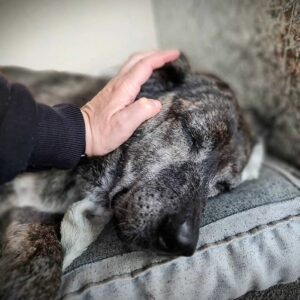 As she was very kind-hearted, she did not give up and comforted him. She helped him a lot and she succeeded at last. The dog started smiling and rolling around. He ran across the lawn and started loving his life.

It is really pleasant to know that some people are ready to do so much for dogs.