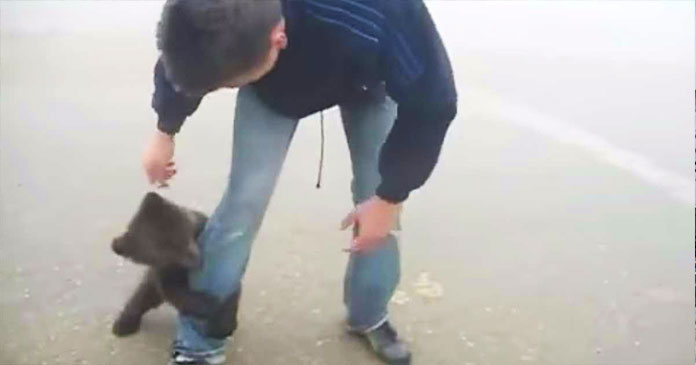 Bear cubs are really very adorable that we know. But when they try to attack they look very cute. Like this particular bear cub who was rescued from a Russian wildfire and he was caught on camera engaging in a playful attack which he does on one of his rescuers.

This cub was only a few months old and that’s why he was not able to do any real damage. But the way he wrestles around with the young man actually makes him look very adorable and even the young man was happy to engage in this lively battle. 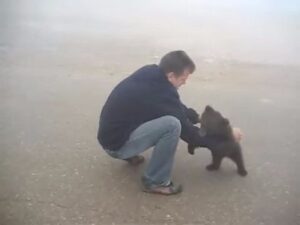 Bear cubs are born in the winter and by the age of 4 to 6 weeks, their weight is nearly 2-3 pounds. They have dense fur which is nearly an inch long.

Though they’re able to keep themselves warm during winters still they need their mother to keep them warm. On a winter day when the temperature is in the twenties, the babies enjoy sleeping on their mother’s back.

At 8 to 10 weeks their fur will be over an inch long and they will start walking around the den. In one month their weight will be between 3 to 9 pounds.

The cub’s weight is actually dependent on the mother’s weight and how many other cubs are there for the mother’s milk. Each mother used to have three or less cubs. At this point, the cubs are nearly ready to leave the den.