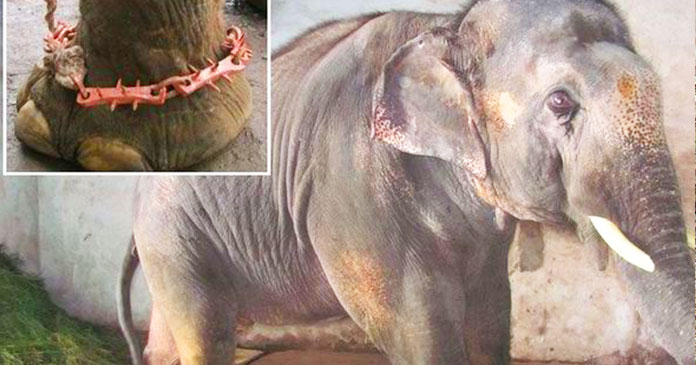 A mahout is a person who looks after elephants. What the animal will do and where can he take refuge if his caretaker is found abusing him. A similar incident happened in India where a disturbing video showing a mahout beating the elephant is making the rounds on social media.

This shocking video shows the cruelty of the Mahouts. In the video, the mahout of the temple elephant and his assistant is shown beating up the animal with sticks at Thekkampatti near Mettupalayam in Tamil Nadu.

The 19-year-old female elephant Jayamalyatha of Andal Temple, Srivilliputhur was tied to a tree and the two Mahouts continue to thrash the elephant’s legs with sticks and the poor animal was heard trumpeting in pain. The video has drawn great criticism from the public and wildlife activities.

So far two men have been booked by the Forest Department under various sections of the Wildlife Protection Act and the Hindu Religious and Charitable Endowments department officials had suspended the mahout Vinil Kumar from service.

One of the accused Vinil Kumar claimed that they beat the elephant as it was not obeying the orders of the mahout. Vinil Kumar has been the elephant’s mahout since 2011.

The video clip has annoyed many animal lovers and they want strict action to be taken against them.