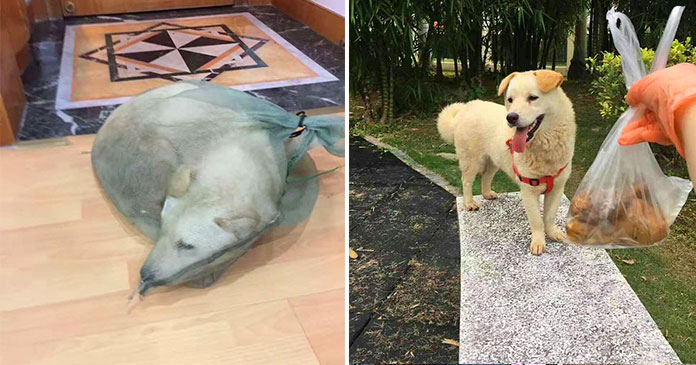 In spite of the hard work put in by animal groups around the world, there is still the dog meat trade going on in China. For dog meat, around 10 to 20 million dogs are used each year to meet the consumption. But still, there are kind people who are ready to do anything to make a change.

One such incident happened with Xingyi Danielle who lives in Singapore and was visiting her dad in China when she experienced something unusual.

The scene was that a group of men was selling live dogs wrapped in bags for meat. Xingyi’s father found it difficult to ignore it and so he did something to save at least one.

Xingyi’s father did not think much and paid $ 90 to save one dog. Though their apartment did not allow him to keep dogs then also that thing did not stop him. 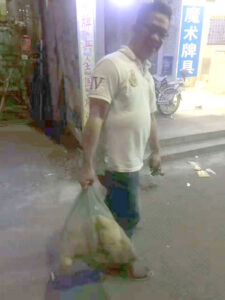 Xingyi was quite proud of her father. She herself was really surprised how the dogs were put in bags as if they were a piece of meat. The dog was named Doggo and for the time being, kept in her father’s office.

The dog is creating a mess in the office so they are now looking to give him a permanent home. At least Doggo is free now and that is important.

We need more people like Xingyi’s father to help and save the innocent dogs.