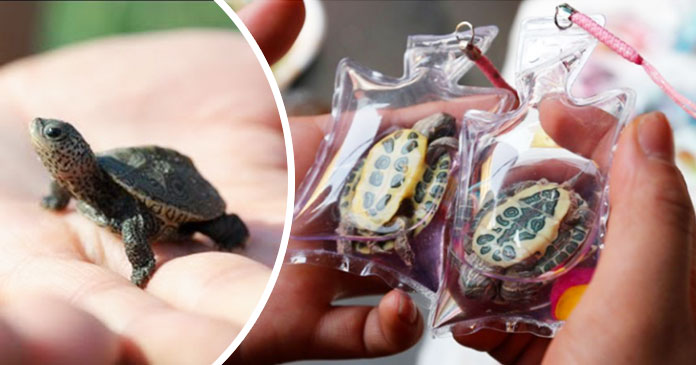 In the early 20th century, the term pocket pet is used to describe a pet small enough to be kept in a pocket. But the Chinese people have given this phrase a new meaning. Vendors in China have been selling these bizarre live animal keychains for many years.

Chinese traders are putting live sea turtles and fish in tiny plastic bags with water and selling these as keychains. Many shopkeepers claim that it is not harmful to the animals due to the oxidation of the nutrients and minerals present in the water.

But animal rights activists are telling a different story that these keychains are cruel to animals as the animals die once their oxygen wears off.

Moreover, the price of these keychains is very cheap, even less than that of a burger. Most cities in China like Shanghai sell these outside train stations. Many reports suggest that animals die inside such cages.

There is a need to take the animal out of their cage after some days so that they can survive. No animal can survive stuffed into a small plastic bag with no food and air. Most of these animals are amphibians so they need equal time both on land and water. 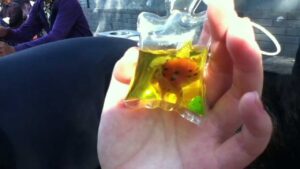 No even this, some little animals are kept in a brightly colored liquid, along with beads and other decorations, and as a result, they are not able to move. These types of unusual and weird trends should not be supported.  These keychains are living graves for the poor animals.