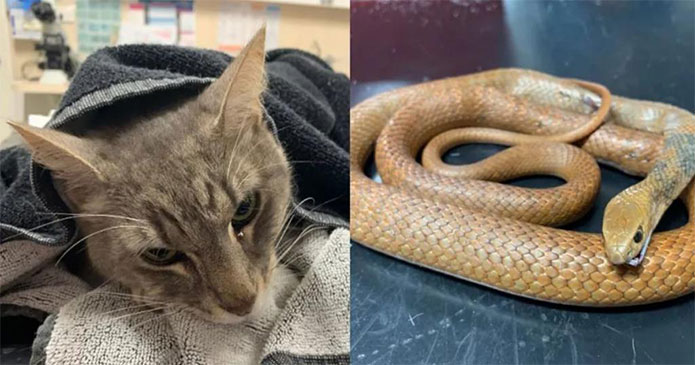 We know heroes come in all shapes and sizes. Here the incident told is of a four-legged hero who sacrificed his life as it tried to save its hooman siblings from Australia’s dangerous snakes. This happened in Queensland, Australia.

Arthur, the pet cat was playing in the backyard with the two children of his family. It was then the cat saw a brown snake coming towards them.

Without wasting a minute, Arthur jumped into action and killed the eastern brown snake. But the snake bit Arthur.

Due to the bite of the snake, Arthur collapsed but quickly recovered as nothing happened. Even the family didn’t notice the actual bite in the chaos of getting children out of the yard. The next morning the cat collapsed again and it was unable to get up. The family rushed him to the vet but it was too late. His symptoms were too severe to recover 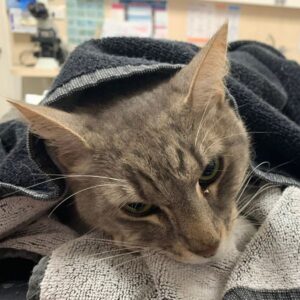 Though collapse events like this are a common symptom of snake bites, yet they are not a well-known symptom amongst pet owners.

His family is devastated by his going like this but they remember him fondly and are forever grateful that he saved their children.

The sacrifice Arthur did for his family is something that couldn’t be forgotten easily. He would live forever in the heart of his family.