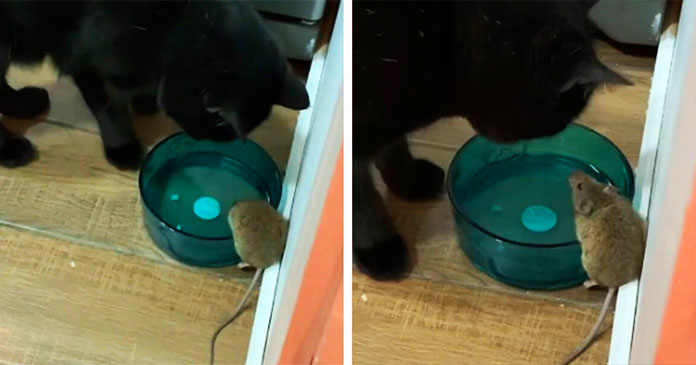 Friendship sees no boundary. There are unusual friends even in the animal world. Some times which are regarded as bitter enemies are those who become very close friends.

So we have Simon which is a very sweet cat and she has found an unusual way of getting rid of unwanted guests.

Simon’s owner, Benjamin Sagredo started hearing some strange noises coming from his kitchen in the city of Punta Arenas, Chile. The sounds were very low and they were heard only occasionally, so Sagredo was not very concerned about it. 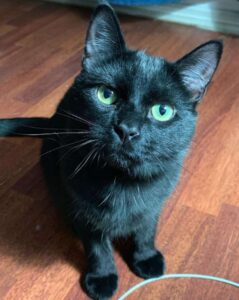 Sagredo said that they did not know what it was as they had seen Simon playing with something under an armchair and they did not think much. Later they discovered that Simon had become friends with an intruder who was making these sounds.

One morning Sagredo saw a very surprising scene. He saw Simon drinking from his water bowl and next to him sitting was a mouse. The cat had developed a friendship with the mouse whom he was supposed to hunt.

Sagredo said that it seemed that they knew each other very well and Simon was very affectionate. Sagredo decided to record it as he thought no one would believe him.

At he was thought but then he saw Simon was very warm towards the mouse. So he changed his attitude and took the same view as Simon. 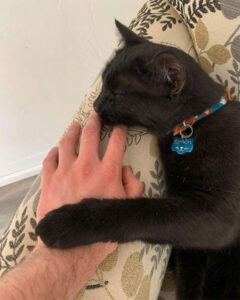 Sagredo felt for the little mouse and could not think of hurting him. He named the mouse Chefcito. At first, Sagredo took Chefcito out of the house thinking that he wanted to escape. But Chefcito felt welcome.

Sagredo said that the mouse visited their home several times. Simon had accepted it. He was a very affectionate and sociable cat. Sagredo is even thinking of adopting Chefcito.

Really this friendship between the cat and the mouse is very amazing.Watch video