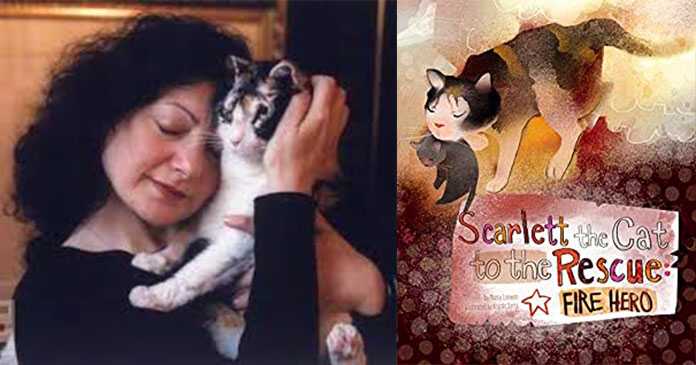 This is an old story. But if we look at bravery, it deserves to be told again and again.Here we are going to relate a story of a brave mother cat. We all know mothers can go to any extent for the safety of their baby. The same role applies to animals. Mother’s love is a universal emotion, it is found in all the species. Animal mothers are attached to their babies from birth. It is not something they learned from others. It is something that is inborn and it is warm and very cute.

Every animal has a specific of showing love to their young ones. They embrace their little ones and teach them the skills required to live life like hunting, socializing. They even protect them from the dangers. They become a wall between the predator and the baby.

The cat along with her five kittens was living in a garage that was no longer in use. On March 30, 1996, a fire erupted there due to some undetermined reasons. Soon the New York City Fire Department got the call regarding and they came and extinguished the fire. When they the fire under control one of the member of the fire squad, David Giannelli, saw Scarlett carrying her kittens from the garage one by one.

Scarlett was herself burnt in the fire as she was pulling her kittens to a safe place. Due to severe burning her eyes were swollen, her ears and paws were also burnt. The flames of fire have completely removed the coat. Giannelli even noticed how she touched every kitten with her nose to know whether they were safe or not. Then she fainted.

Kind-hearted Giannelli took the whole family of Scarlett to a veterinary hospital in Port Washington, New York where Scarlett and her kitten were treated for their burns. However, one of the kittens, having a white coat died due to a virus a month later.

This story of the bravery of the mother cat attracted much attention. The clinic received more than 7000 letters from those who were ready to adopt Scarlett and her kittens. For adoption purposes, the clinic divided the family into two pairs.

Scarlett herself was taken by Karen Wellen. Wellen had already lost one cat in an accident so she had become very compassionate and decided to help animals with special needs.

Due to severe burning, Scarlett required continuous care and at last died on October 11, 2008. She suffered from multiple illnesses.In order to honor Scarlett, a Scarlett Award have been created by the North Shore Animal League. It is given to those animals who did acts of heroism.