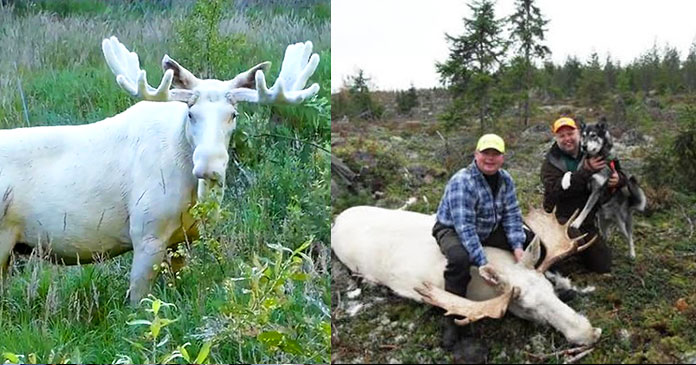 This is sad and shocking news.

The killing of the sacred white moose by the hunters had made the local community very angry. The hunters killed two female Moose including the white sacred moose.

White moose is representative of Canada’s native wildlife. It stands for satisfaction, passion, and benevolence. Moreover, it is considered their spirit animal. A spirit animal is considered as a teacher or a messenger that has a form of an animal and it has a personal relationship with an individual.

As a spirit animal, it symbolizes courage, love, wisdom, awe, being fast. In general, it stands for pride, strength, gentleness, truth, energy, magic, and self-esteem. They even believe that if a moose comes into your dream, it indicates the arrival of good luck. 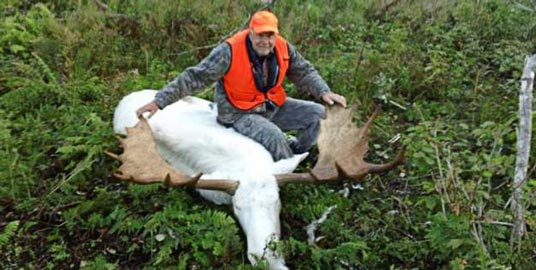 This time the remains of the hunted animals, including their heads, were found abandoned on a deserted road. The local community is upset about the incident. They are demanding the hide of the animal to be returned to them so that they could hold a ceremony to honor the animal.

There is no evidence of how many moose are there in that area and the loss of one moose is considered to be many by them.

The wildlife official along with Troy Woodhouse, a member of the Flying Post Community has offered prize money of $8000 to a person who will provide them any information about the whereabouts of the poachers.

White moose are not albino. Their white color is from the recessive gene and they are a rare sight. Residents around the city of Timmins have told stories from generation to generation about the ghostly white moose moving calmly in the forest.

Earlier also in 2013 hunters have killed a white moose in Nova Scotia disturbing the local Mi’kmaq people. Mi’kmaq are a First Nations people, native to the areas known as Canada’s Atlantic Provinces. After the hunters realized their mistake, they returned the skin of the animal to perform the ceremony.

This incident is currently being looked into by the Ministry of Natural resources and forestry. Though White moose are found there for a long time recently only they got a law to protect them from shooting. Indigenous people wanted that they should be spared from humans.

We wanted this case to be resolved soon and the culprits should be caught in the interest of the local people as well as the animal itself.